Christine Niles Of ChurchMilitant.com Bravely Writes About NJ Mosque But Will Niles Pray The Rosary In Front Of One Of The Many Mosques In Her Neighborhood? 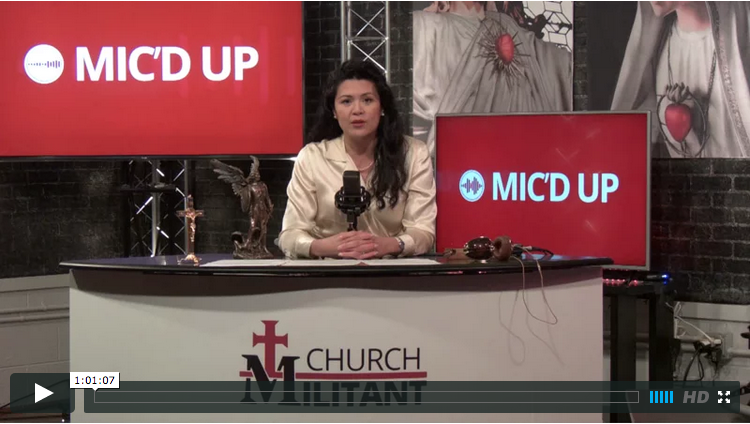 Hey I did it. So can the crew at Churchmilitant.com - that is - go to the nearest Mosque and pray or protest on the public sidewalk in front of the Mosque..praying the Rosary or little office of the Blessed Virgin Mary.

Hey thanks for writing a blog post on Muslims:

Funny how ChurchMilitant is increasing coverage of Muslims - you should have been in the game all along. But since most everyone is talking about the problems of the Islamic religion - you folks decide to jump on the band wagon - safety in numbers.

Hey but go one step further and actually go to Hamtramck, Michigan and find a Mosque to pray in front of - it shouldn't be too hard to find a Mosque in Hamtramck and the drive from the ChurchMilitant studios is less than 10 minutes.

Its not like Gary & crew at Church Militant are afraid of public protest - for instance the July protest of the unveiling of the Satan Statue there in Detroit. If I remember you folks even filmed the protest and did a couple of blog posts on the protest.

So prove your worth and take a 10 minute drive to your neighborhood Mosque to stage a public protest of Islam by praying the Rosary. You can even film it & make another blog post or two. Heck you might even get more media coverage!

Only a 17 minute drive from Gary's studios to Muslimville USA: