“A forerunner of the Antichrist, with his troops gathered from several nations, will fight against the true Christ, the only Saviour of the world. He will shed much blood and will want to annihilate the worship of God to make himself be looked upon as a God. Our Lady of La Salette 19 Sept. 1846 (Published by Mélanie 1879)
Justice Dept. creating unit focused on domestic terrorism
WASHINGTON (AP) — The Justice Department is establishing a specialized unit focused on domestic terrorism, the department’s top national security official told lawmakers Tuesday as he described an “elevated” threat from violent extremists in the United States. Assistant Attorney General Matthew Olsen, testifying just days after the nation observed the one-year anniversary of the insurrection at the U.S. Capitol, said the number of FBI investigations into suspected domestic violent extremists has more than doubled since the spring of 2020. “We have seen a growing threat from those who are motivated by racial animus, as well as those who ascribe to extremist anti-government and anti-authority ideologies,” Olsen said. The formulation of a new unit underscores the extent to which domestic violent extremism, which for years after the Sept. 11 attacks was overshadowed by the threat of international terrorism, has attracted urgent attention inside the federal government and at the White House. But the issue remains politically freighted and divisive, in part because the absence of a federal domestic terrorism statute has created ambiguities as to precisely what sort of violence meets that definition. The U.S. criminal code defines domestic terrorism as violence intended to coerce or intimidate a civilian population and to influence government policy, but there is no standalone domestic terrorism charge, meaning prosecutors have to rely on other statutes. Olsen’s assessment about growing domestic threats tracked with a warning last March from FBI Director Christopher Wray, who testified that the threat was “metastasizing.” Jill Sanborn, the executive assistant director in charge of the FBI’s national security branch who testified alongside Olsen, said Tuesday the greatest threat comes from lone extremists or small cells who radicalize online and look to carry out violence at so-called “soft targets.” 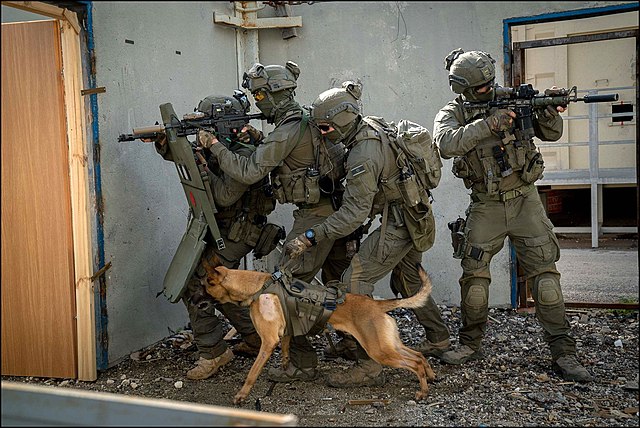 “This includes both homegrown violent extremists inspired primarily by foreign terrorist organizations as well as domestic violent extremism,” Sanborn said. The department’s National Security Division, which Olsen leads, has a counterterrorism section. But Olsen told the Senate Judiciary Committee that he has decided to create a specialized domestic terrorism unit “to augment our existing approach” and to “ensure that these cases are properly handled and effectively coordinated” across the country. The partisan divisions around the domestic terrorism terminology were evident during Tuesday’s hearing. Sen. Richard Durbin of Illinois, the Democratic chairman of the committee, played video of the Jan. 6 riot at the outset of the hearing and urged everyone on the committee to “use this hearing to explicitly condemn the use or threat of violence to advance political goals.” “It’s a simple request, but sadly a necessary one,” Durbin added. “This committee should speak with a unified voice in saying violence is unacceptable.” Several Republican senators sought to shift focus away from Jan. 6 and asserted that the insurrection had taken away attention from the 2020 rioting that erupted in American cities and grew out of racial justice protests. Sen. Ted Cruz, a Texas Republican, castigated the law enforcement witnesses for what he said were “wildly disparate standards” in the department’s pursuit of suspects in the 2020 rioting and in the Jan. 6 insurrection. Sen. Chuck Grassley of Iowa, the panel’s top Republican, showed video of the 2020 violence as a counter to the Jan. 6 footage that Durbin showed. “Those anti-police riots rocked our nation for seven full months,” Grassley said. The FBI and Justice Department say they treat domestic extremist violence the same regardless of ideology. Sanborn said the FBI has opened more than 800 investigations tied to the 2020 rioting and arrested more than 250 people. Attorney General Merrick Garland said last week that the Justice Department had arrested and charged more than 725 people for their alleged roles in the Jan. 6 attack. Source