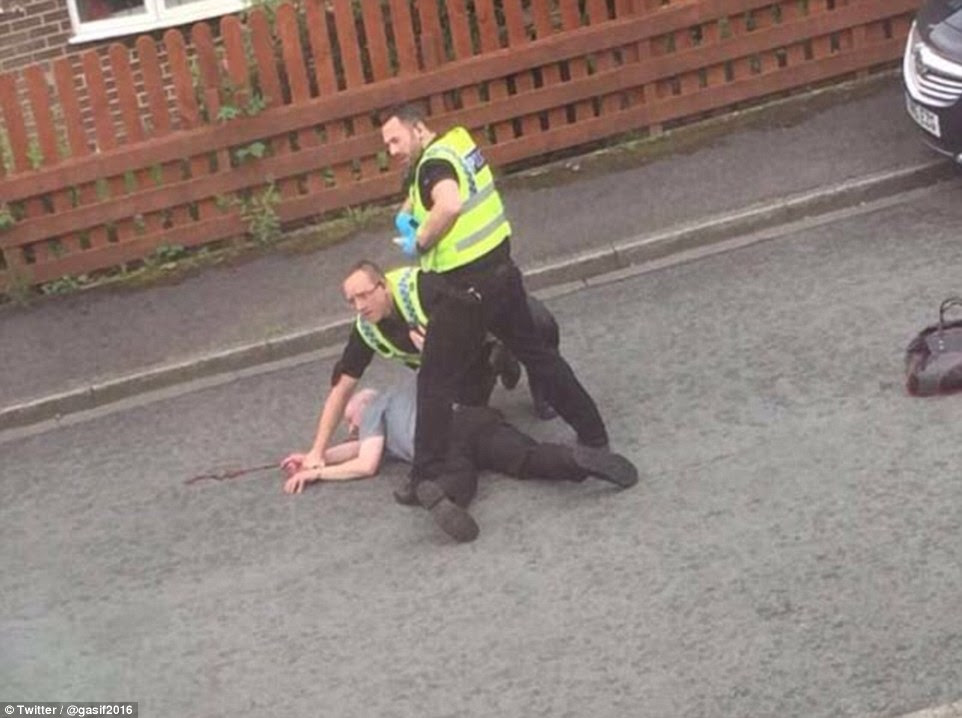 Ugly face of Nationalism:
Labour MP Jo Cox has died after being shot three times in the street near her office by an attacker 'who shouted Britain First then kicked her while she lay bleeding'
A Labour MP has died after she was shot three times and repeatedly stabbed in a shocking attack as she arrived at her constituency surgery. Mother-of-two Jo Cox, 41, was airlifted to hospital after a gunman opened fire on her in Birstall near Leeds. Witnesses said the man was at the office before she arrived and shot her three times, once in the head, before stabbing her as she lay on the ground. Her husband Brendon tweeted a photo of his wife two hours after she died from catastrophic injuries. A 53-year-old - named locally as gardener Tommy Mair - has been arrested by police and his house is currently being searched by forensic experts. Daily Mail Read More>>>>>>
Britain First Issues Statement:
JO COX SHOOTING: Britain First official statement