Ann says that Alexander Soros is a possible candidate for Antichrist.

Just a heads-up: Keep a close eye on Soros’ sons. Two of them are within the right age range to be the You-Know-What. And by You-Know-What, I mean ANTICHRIST. Face it, IF Bergoglio is, in fact, the False Prophet Forerunner, then that means that the Antichrist is an adult man alive today. If Soros is the driving and controlling force behind the False Prophet Forerunner, then we need to look at Soros’ associates very closely. And here are these two sons under the age of 33.

We need to start talking openly about this stuff, and not be afraid of being called “crazy” or “conspiracy theorists”. It is stupid to not mentally explore these things in advance – like surveying a chess board and working through various moves and scenarios. 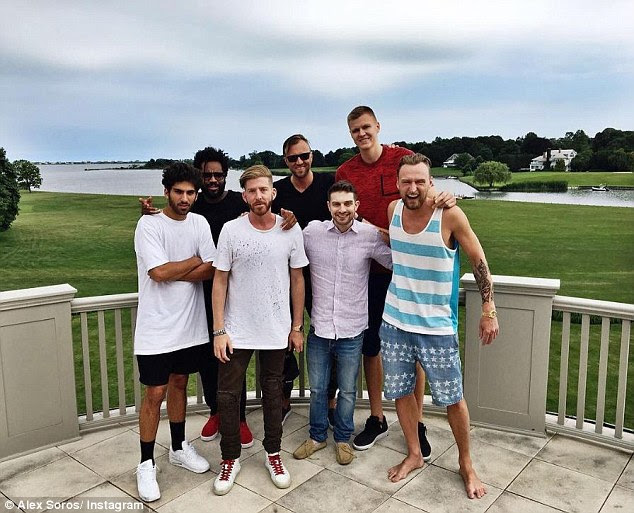 Gorgeous models, NBA pals and hide-and-seek at his mansion: Welcome to the lavish life of investor George Soros' playboy son who could inherit his $24bn empire

From slumber parties with gorgeous models to hanging with NBA players at his $72 million Hamptons summer retreat, Alexander Soros is really living it up. The 30-year-old philanthropist and son of investor George Soros - who is worth around $24.9billion - appears to enjoy playing host while renting out 'Villa Maria,' the Water Mill mansion belonging to late shoe designer Vince Camuto. Lavish gatherings at the sprawling 20,000-sq-ft compound this summer have included lobster bakes, games of drunken hide-and-seek, bottles of rosé, according to the New York Post. Fashion designers Timo Weiland and Maxwell Osborne, New York Knicks Star Joakim Noah and model Caroline Vreeland have been among the many notable guests. But Soros is the Hampton's most unlikely playboy, according to those closest to him. Daily Mail Read More>>>>>> 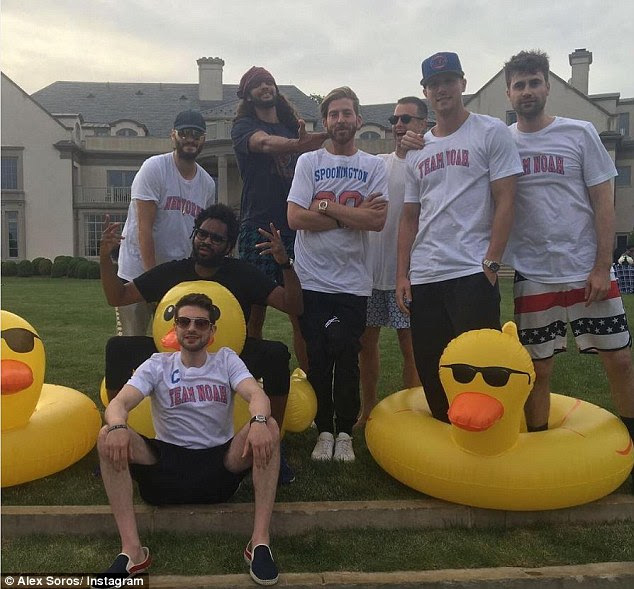