Michael Voris (or Gary as his birth certificate & I like to call him) & his Church Militant hired a filipino neo-nazi and purveyor of smut - the relationship did not last more than a month.
Who is Perlas? According to the man who plays with fire Steve Skojec of 1P5 fame:
Anthony Perlas. Perlas runs a website called the Latin Mass Society. His work included both photos and videos, and featured attractive young women wearing chapel veils, all shot in a contemporary style that showed a talent and understanding of the craft. Perlas is a little strange to say the least - his political views are Nationalist and he makes a living off of soft porn. His Latin Mass Society is certainly not legit:
The Latin Mass Society never runs from their enemies. It is here that we shall make our stand until our last dying breathe. All the nations of the earth shall see the power and glory of the Seroptia. There is no creation more powerful than the highest of all angels whom we possess. Modeling and Catholicism shall be infused into one flawless medium. I hereby place my hand unto the Great Seal of Seroptia and authorize and establish hedge protection on Jenelle and all our models and render her works as good in Jesus’s name. All negativity shall be returned to where they came from and you are bounded by the Great Seal of Seroptia with the intercession of the Blessed Mary Ever A Virgin. The saints command you to obey. Father commands you to obey. Our lady commands you to obey. Our models are now wrapped in her mantle and as her property. The Holy Ghost shall bring warmth with its tender loving presence and thou shall be discorded and unhappy you envious enemy. Kneel and be crushed by the heel of the Immaculate Virgin foul creature and haters who blaspheme Gods precious Angels who are meant to know, love and serve Him and who seek Him yet you cause division to turn our models away from God. You’re stripped off all your interferences and you are powerless. Strange and bizarre.
Here is a modeling photo of the Filipino Neo-Nazi Nationalist & Purveyor Of Soft Porn: 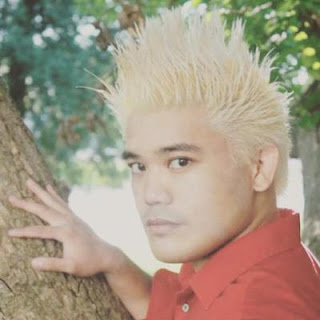 I always thought it funny when non-aryans promote Aryanism - bizarre.

Thanks to Steve Skojec of 1P5 fame for going into the snake pit to expose this guy more or less. Still on Skojec's part it was pure foolishness to be in contact with Perlas for so long.

Skojec almost involved his own daughter with this guy:
Anthony wrote to me once to ask if he could contact my daughter as a potential model. (At the time, I didn’t think anything of it, and figured she would say no. I was right – she ignored his request. And I’m very glad she did.)
So here's the part where Skojec claims that Perlas works for Voris for three weeks:
We didn’t interact again until I heard that he’d moved from Los Angeles to Detroit and taken a job with Church Militant. When I saw him post that it hadn’t worked out after only a few weeks, I reached out to him. He didn’t want to talk about it. 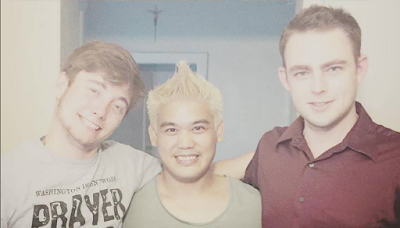 
Who is RYAN FITZGERALD?
Ryan Fitzgerald is a staff writer and producer for Church Militant. He's currently working on a Master's degree in Theology from Franciscan University in Steubenville. He has a BA in Film from Loyola Marymount University in Los Angeles, where he majored in Screenwriting and Philosophy. After graduation, he completed the writing program at Act One in Hollywood. He's a parishioner at Assumption Grotto in Detroit and was married in Houston, his hometown, this past June. Look with Voris obsession with the SSPX Pope Benedict & Hands off policy on Heretic Pope Francis  one can readily discern that there is demonic activity at the Warehouse in Detroit.