Is Pope Francis Trying To Thwart The Birth Of The ANTICHRIST By A HEBREW NUN As Foretold By Our Lady Of La Salette? “Please, Dear Sisters, If You Hear Of Something Strange Happening, Tell Someone Immediately, Immediately.” 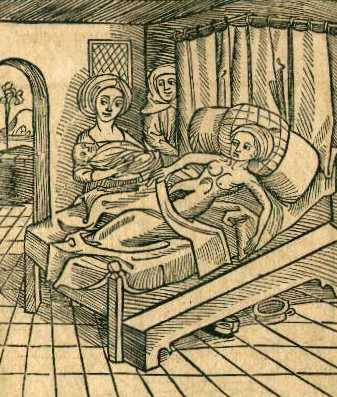 "The Antichrist will be born of a Hebrew nun, a false virgin who will communicate with the old serpent, the master of impurity, his father will be B. At birth, he will spew out blasphemy; he will have teeth, in a word; he will be the devil incarnate. He will scream horribly, he will perform wonders; he will feed on nothing but impurity. He will have brothers who, although not devils incarnate like him, will be children of evil. At the age of twelve, they will draw attention upon themselves by the gallant victories they will have won; soon they will each lead armies, aided by the legions of hell. Our Lady of La Salette 19 Sept. 1846 (Published by Mélanie 1879)

“In the year 1865, there will be desecration of holy places. In convents, the flowers of the Church will decompose and the devil will make himself like the King of all hearts. May those in charge of religious communities be on their guard against the people they must receive, for the devil will resort to all his evil tricks to introduce sinners into religious orders, for disorder and the love of carnal pleasures will be spread all over the earth. Our Lady of La Salette 19 Sept. 1846 (Published by Mélanie 1879)

"Nature is asking for vengeance because of man, and she trembles with dread at what must happen to the earth stained with crime. Tremble, earth, and you who proclaim yourselves as serving Jesus Christ and who, on the inside, only adore yourselves, tremble, for God will hand you over to His enemy, because the holy places are in a state of corruption. Many convents are no longer houses of God, but the grazing-grounds of Asmodeas and his like. Our Lady of La Salette 19 Sept. 1846 (Published by Mélanie 1879)


“Please, dear sisters, if you hear of something strange happening, tell someone immediately. Immediately,” Pope Francis

Does the Pope know something we don't?

Is the Pope warning us about what is about to take place?

Nuns giving birth during the Reign of Pope Francis:

Nun complains of stomach pains... and GIVES BIRTH: Sister who had 'no idea' she was pregnant has a baby boy at hospital in Italy

A cloistered nun has stunned her mother superior and sisters after giving birth to a baby boy after complaining of severe stomach pains. The sister, who belonged to an order in Macerata, in the eastern Italian region of Le Marche, claimed to have no idea she was pregnant when she was rushed to hospital in agony, after which she gave birth. The South American nun, who arrived at the convent in June, when it is supposed she was already pregnant, was taken to the emergency department of 'Bartolomeo Eustachio' di San Severino Marche by her fellow sisters. Doctors quickly unravelled the cause of the mysterious ailment, Il Corriere Adriatico reported. The baby was born healthy but remains in hospital to undergo more checks, while the nun's convent has expressed an interest in taking care of him, according to L'Unione Sarda.The case bears a striking similarity to that of a 33-year-old Salvadorean nun in Italy, who gave birth to a baby boy last year, whom she named after Pope Francis. She told her social worker she did not feel guilty and would raise the child saying: 'I am so happy. 'He is a gift from God. I feel more of a mother than a nun.' In 2011 a Congolese nun in an Italian order gave birth to a baby girl after being raped by a priest. She gave up the baby for adoption but after being refused re-entry to the convent changed her mind and recovered the child. Source 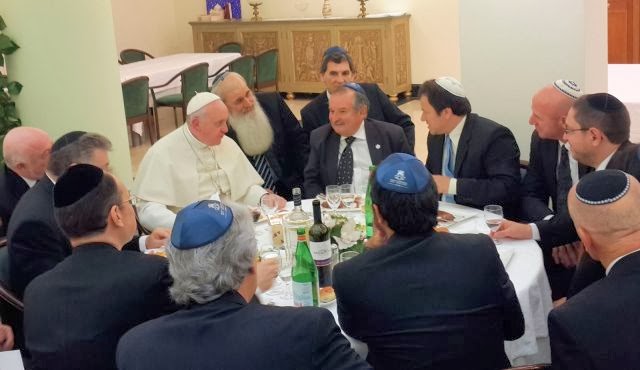 Nun who gave birth in Italy 'unaware of pregnancy'

A nun who gave birth to a baby boy in the central Italian city of Rieti, said she had no idea she was pregnant, local media report. The 31-year-old was rushed to hospital with abdominal pains, which she thought were stomach cramps. The young mother, who is originally from El Salvador, reportedly named her newborn Francis after the current Pope. The mayor of Rieti, Simone Petrangeli has appealed to the public and media to respect the woman's privacy. The news has drawn international attention to the small city of 47,700 inhabitants. The nun called the ambulance on Wednesday morning. A few hours later she gave birth to a healthy baby boy. "I did not know I was pregnant. I only felt a stomach pain," she was quoted as saying by the Ansa news agency. People at the hospital have begun collecting clothes and donations for the mother and her child, Italian media say. The woman belongs to a convent near Rieti, which manages an old people's home. Fellow nuns at the convent said they were "surprised" by the news. Local pastor Don Fabrizio Borrello told journalists that the nun planned to take care of the baby. "I guess she's telling the truth when she says she arrived at the hospital unaware of the pregnancy. Source 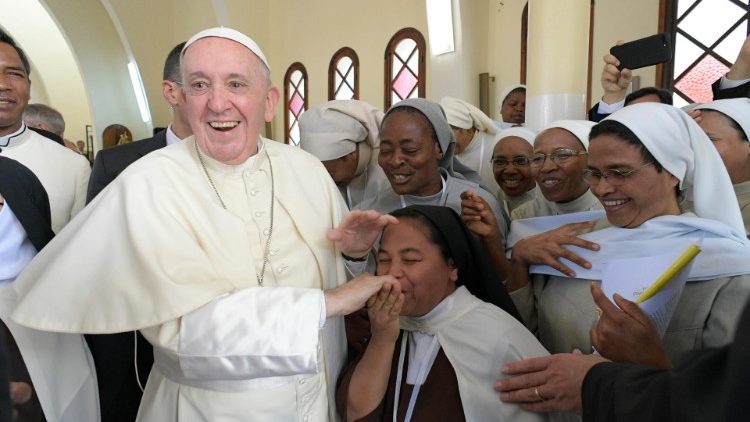