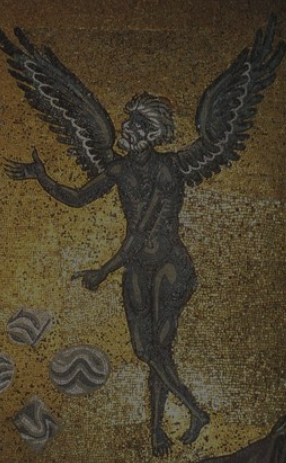 4. Ebion prided himself in being a disciple of St. Peter, and could even bear to hear St. Paul's name mentioned. He admitted the sacrament of baptism; but in the consecration of the Eucharist he used nothing but water in the chalice; he, however, consecrated the host in unleavened bread, and Eusebius says he performed this every Sunday. According to St. Jerome, the baptism of the Ebionites was admitted by the Catholics. He endeavoured to unite the Mosaic and Christian law, and admitted no part of the New Testament, unless the Gospel of St. Matthew, and even that mutilated, as he left out two chapters, and altered the others in many places. The ancient writers say that St. John wrote his Gospel to refute the errors of Ebion. The most impious of his blasphemies was, that Jesus Christ was the son of Joseph and Mary, born as the rest of men are; that he was but a mere man, but that, on account of his great virtue, the Almighty adopted him as his Son (9).
(9) N. Alex. loc. cit, art. 6; Fleury
CHAPTER I
HERESIES OF THE FIRST CENTURY.
1. Simon Magus.
2. Menander.
3. Cerintlms.
4. Ebion.
5. Saturninus and Basilides.
6. The Nicholites.
The History of Heresies and Their Refutation by Alphonsus M Liguori.