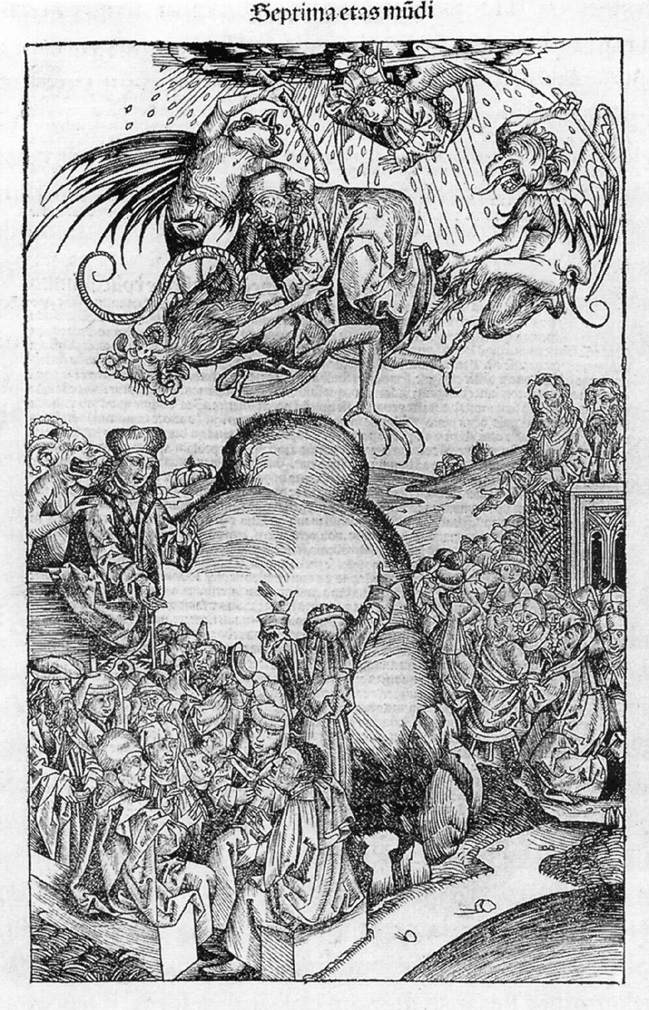 OK if you are a student of Our Lady of La Salette and have read Her message then you know that there will be a forerunner to the Antichrist well before the manifestation of the actual Antichrist.

That is if you are a serious student of the message of Our Lady of La Salette.

In this one point no slack is given. There will be a Forerunner to the Antichrist before the manifestation of the Actual Antichrist.

Why would a student of the message of La Salette deny that there will be a forerunner to the Antichrist?

Here is Paul Anthony Melanson Of La Salette Journey denies that there will be a forerunner to the Antichrist:

As I said in a post several years ago, "A false prophet, a Pope who is controlled by Satan, will prepare the world for the appearance of the Man of Sin.

The man of sin is a title given to the Actual Antichrist. Not his forerunner. Melanson should know this.

More language from Melanson hinting at the Actual Antichrist:

And now the atheistic humanists who promise us a utopia of "freedom" and "love" have infiltrated to the highest levels of the Mystical Body of Christ and are using any and all means of hate-filled propaganda in a demonic attempt to change the perennial teaching of the Church founded by Jesus Christ and to deliver it into the service of the serpent serpent.

I have no idea who Melanson's Dark Man is:

The Remnant Church prepares for the Catacombs as the Dark Man* nears. *John 5:43.

Because the actual passage reads:

I am come in the name of my Father, and you receive me not: if another shall come in his own name, him you will receive.

So I have no idea where  Melanson gets his 'dark man'. Of course Melanson is referring to the Actual Antichrist not his forerunner.

Why does Melanson ignore the coming manifestation of the forerunner to the Antichrist?

The man who earns the title of forerunner to the Antichrist will kill the Fatima Pope as foretold by Our Lady of Fatima:

But men like Paul Anthony Melanson do not want the man who is the forerunner to the Antichrist to be labeled as forerunner to Antichrist before the killing of the Fatima Pope. Men like Paul Anthony Melanson will protect the 'good' name of this forerunner. The forerunner will be looked upon as a man of purity. Mike Voris is an example of a man who wants to looked upon as a man pure in doctrine and morals. This is how a man like Voris can raise an army made up from men of many nations. Voris will draw all things to himself.  Melanson will do everything in is power to protect Voris.

Well that's not how things work.

The forerunner to the Actual Antichrist be appear as an angel of light. Someone who gives the appearance of purity itself.  Some one who will hate the SSPX so much that one day he with his army will one day kill the Fatima Pope a man who is from the ranks of the SSPX.

See you on top a steep mountain some day....