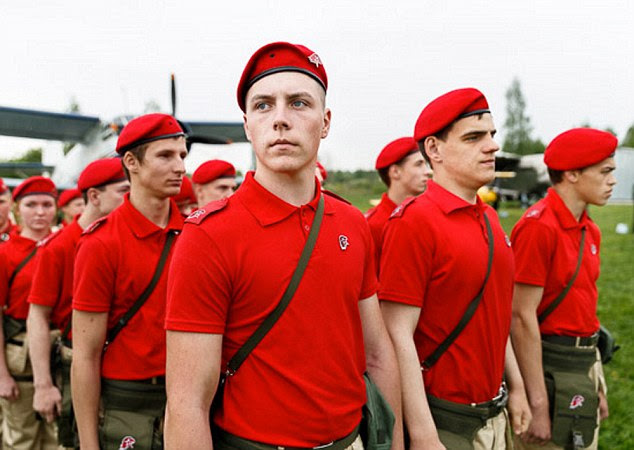 The pioneers of Vladimir Putin's new Young Army take their salute in an initiative with strong echoes of Russia's past during the Cold War. The first 104 schoolchildren joined the revived Soviet military-patriotic movement 'Yunarmiya' - or Young Army - in the city of Yaroslavl, the first cadets on a scheme that will be rolled out across the country in September. Web critics drew parallels to the Hitler Youth and feared a rise in militarization under Putin, but Russian defence officials insisted it is about raising a generation of children ready to build a bright future for themselves and their country. Daily Mail Read More>>>>>> 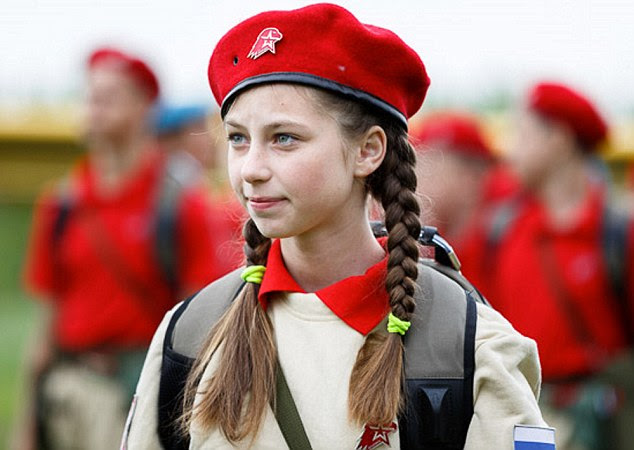