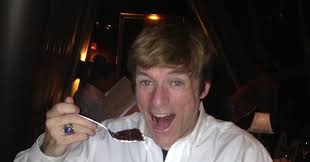 Folks, two things. First, there is NO SUCH THING AS A HARMLESS FAGGOT. They are human poison, conscienceless fiends, covering for their allies and blackmailing their enemies. Bergoglio bends over backwards to protect his boy-raping faggot buddies, but, as is intrinsic to that culture, will not hesitate to destroy his ideological enemies by leveraging and exposing their faggotry and pedophilia. Hypocrisy is not only irrelevant to these monsters, they luxuriate in it. This business of orthodox, believing, even Traditional Catholics looking the other way at faggotry in their midst, deluding themselves into thinking, “Yeah, he’s a fag, but he’s on our side, and he’s SO WITTY….” No. Enough of this “Evelyn Waugh faggot culture”. It will be the death of all of us. Second, ALL FAGGOTS ARE POTENTIAL CHILD ABUSERS. ALL. OF. THEM. It is just a matter of time and opportunity. Every homosexual, male or female, is a clear and present danger to children. Period. Source

Pretty harsh....why didn't Ann warn us before Gary outed himself?