Forerunner To The Antichrist Salvini & His Big GUN.... 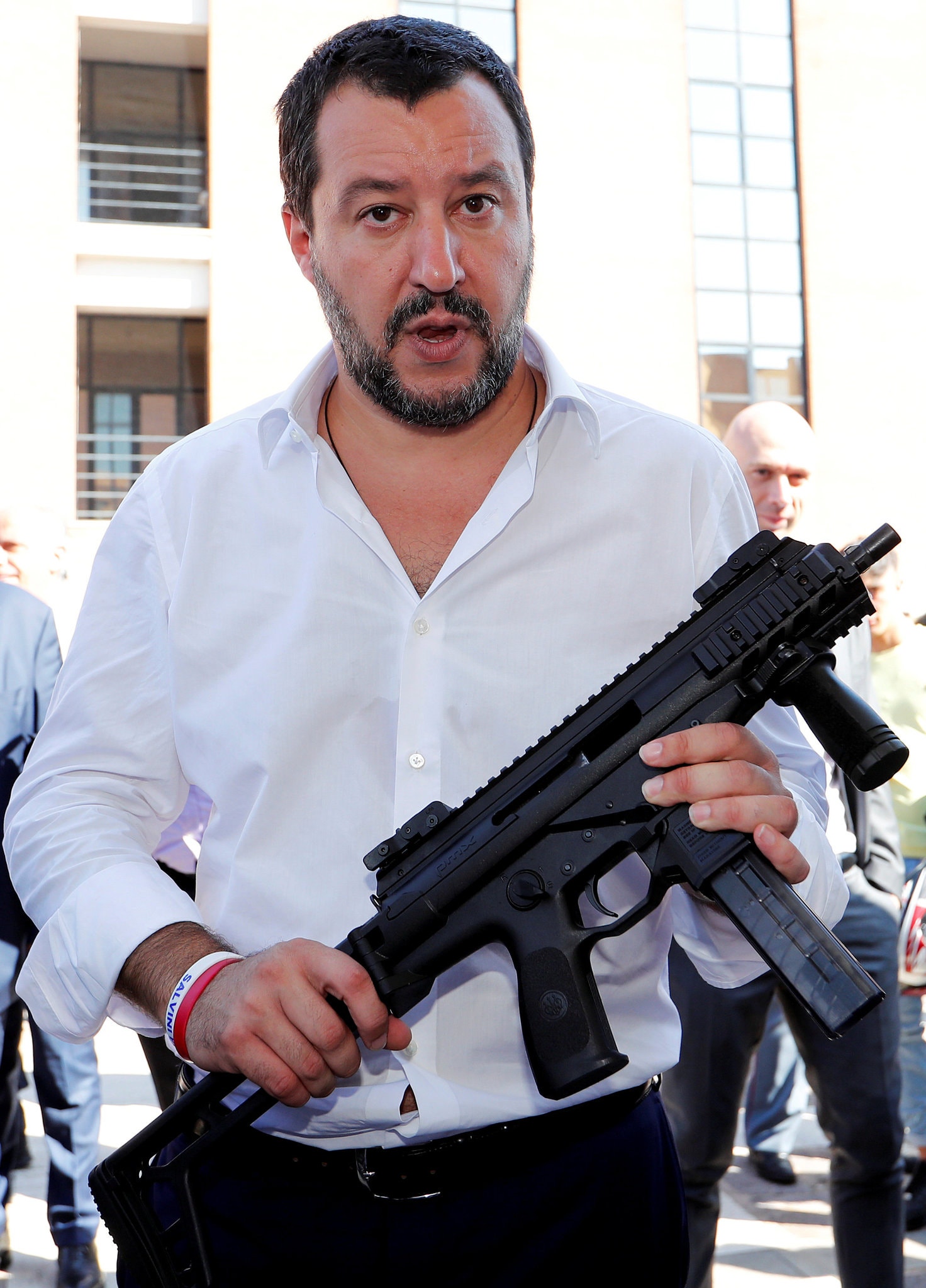 ROME — At a police convention in October, Matteo Salvini, the most powerful figure in Italy’s populist government, ran his hands over an enormous military-grade sniper rifle and posed with a submachine gun. Before elections this year, he campaigned at a gun show and signed a cooperation pledge with a group advocating looser gun laws in Italy. “It’s tradition,” Mr. Salvini said of hunting and responsible gun ownership when he signed the pledge. “It’s culture.”Source