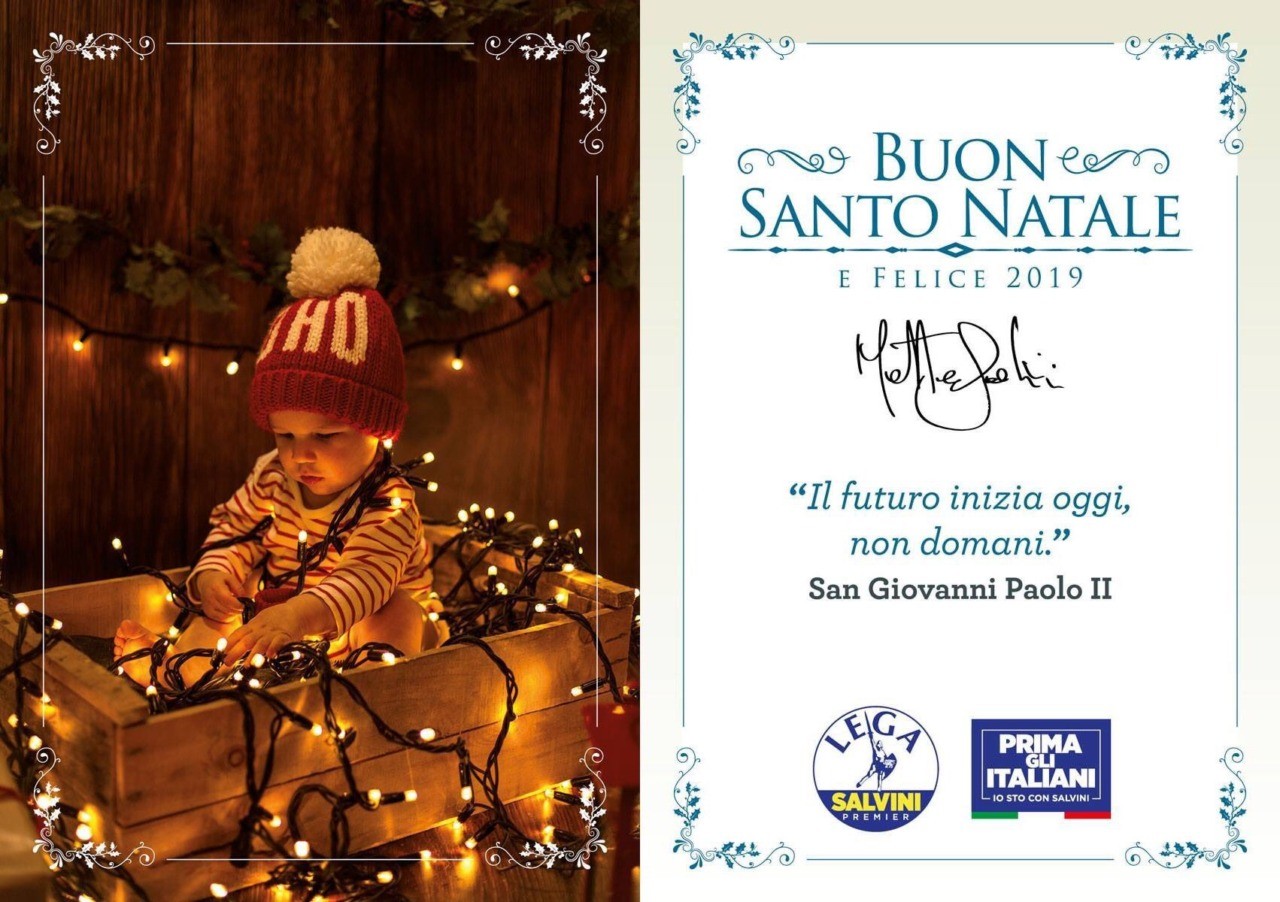 Italy’s minister of the Interior, Matteo Salvini, chose to cite Pope John Paul II rather than Pope Francis in his annual Christmas greeting, as a growing divide over immigration opens between the two leaders. In his wishes for a “merry and holy Christmas and a happy new year 2019,” Mr. Salvini added a quote from sainted Polish Pope John Paul: “The future begins today, not tomorrow”:While Pope Francis has not attacked Mr. Salvini personally, he has made a number of oblique references to the minister and his policies, and others close to the pope have been even more explicit in their denunciation of Salvini and his measures to stem unregulated mass immigration. When Salvini refused permission to debark to the NGO vessel Aquarius that was carrying hundreds of African migrants in late June, the Italian bishops were among those protesting most loudly. “It is Jesus coming to us on a vessel, he is in the man or child who drowns, it is Jesus who fishes through the garbage in search of a little food,” said Sicilian Cardinal Francesco Montenegro in a homily shortly afterward. Preaching in Saint Peter’s Basilica last summer, one Catholic priest referred to Salvini as the “antichrist” while urging the police to practice “civil disobedience to block the deportation of persons back to countries where their lives are at risk.” The priest credited Pope Francis for inspiring him to speak out on behalf of migrants. “I give thanks to Pope Francis for his prophetic words regarding migrants,” the priest said, “and in particular in Lampedusa and in Lesbos.” Source