Make A Mess In The Church


Voris, what a clueless idiot you are! Here are pictures of the man responsible for the mess! His Name Is POPE FRANCIS!

Either Voris can't put two and two together or he is possessed! There is no excuse to ignore the obvious unless you're under some spell or something.......

Here you clueless idiot are pictures of the guy RESPONSIBLE!!!

Hello, everyone, and welcome to The Vortex, where lies and falsehoods are trapped and exposed. I’m Michael Voris coming to you from Rome reporting on the Extraordinary Synod on the Family.

So the dust is beginning to settle—a little—over the infamous document released by the Vatican Press Office on Monday—the one that says the Church is going to be changing its teachings on homosexuality and get rid of the horrible reality of adultery, letting anyone who wants to approach for Holy Communion do so.

Well, it doesn’t actually say that, but that’s how it was reported—and from the perspective of reporters in the press room, it might as well have said that. The language was so confusing and so vague and so unCatholic, that this time, no one can blame the media for spinning something that wasn’t served up to them on a silver platter.

Time and again, the cardinals and bishops present at the press briefing were given an opportunity to explicitly repeat Church teaching loud and clear—and every time, they punted.

Can anyone really be surprised that a message went out around the world in less than three hours, and nearly obliterated 2000 years of Church teaching in the speed of a tweet? This is why this whole question of the document—called the Relatio—needs to be looked at very seriously—not the document itself, that’s already been done—but the circumstances surrounding the document.

First of all, in Tuesday’s press briefing, Durban, South African Cardinal Napier revealed to the assembled journalists that the press had seen the document before the bishops had actually seen it. That simple admission reveals quite a lot. It means that someone released this behind the bishops’ backs. Someone had to type it up, someone had to decide what was going into it, someone had to look it over, someone had to give the go-ahead to push send, and someone had to push the print button.

In short, a document came out that stunned many of the bishops. Only after looking it over for the first time did some bishops begin to make their justifiable anger known— Cardinal Raymond Burke, for one.

Some bishops went on record as saying that various things contained in the document were not representative of what had been discussed or presented. Again, Cardinal Napier said some things in the document had barely come up at all, or had only been mentioned once or twice, yet there they were, on full display for the whole world as though they were reflective of the minds of the fathers of the synod.

The section on homosexuality—one of the most controversial because of its overturning and contradicting of Church teaching—looks like it was inserted by just one man, Archbishop Bruno Forte, the same archbishop who floored our question on Monday about what specific gifts the synod thought flowed directly from the intrinsically disordered homosexual orientation.

He takes personal ownership of not just the concept, but the actual authorship—which shouldn’t be surprising because Cardinal Peter Erdo publicly stated as much when he said to let the man who wrote it explain it.

Now, when you ask at the press briefings, who was the person or persons who collected the information, wrote the document, approved the document, published the document, and distributed it to journalists before the bishops got a chance to look at it—you get no answer.

Vatican officials Fr. Frederico Lombardi and Fr. Thomas Rosica merely answer that the document came from “the process”—no names, no information, not a shred of transparency.

And this is causing quite a few people on the ground here to ask: Was this all planned? Was the reaction of the worldwide press exactly what was hoped for? Was this in short an official “leak” with the expectation that the world media would go bananas and dutifully report all this exactly as they did—as it would be expected they would? 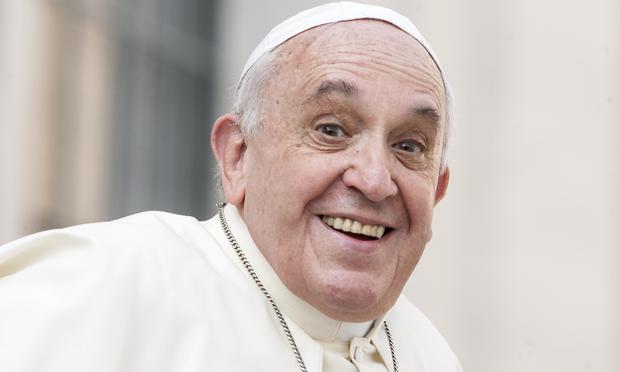 This is why this document carries with it a double poison: the obvious one of the repulsive non-Catholic content, but the less obvious but more important one of a well thought-out, clandestine plan to use the world media to help grease the skids and prepare people’s minds and create an expectation that the Church is now going to welcome gays. And it is this reality that makes this whole Church-of-Nice babbling that it’s only a “working document,” “nothing is going to change in Church teaching” so farcical and naïve.

It is done, Fr. Barron—at least the damage—and that’s what those behind all this cloak of secrecy wanted done: a worldwide perception and expectation that the Church has changed its teaching. It doesn’t matter if it doesn’t actually change it or not—in the mind of the man on the street, it has.

Even Cardinal Napier said that because of the release of the document, with its troublesome language coupled with the global media frenzy, that the Church was now digging out of a hole.

Of course, missing this point entirely, Fr. Barron’s dutiful clones on the blogs quickly followed suit, talking about how great Fr. Barron’s insights are and how we have to all just calm down—totally missing the point that it doesn’t really matter what the final document says which will be produced when all this is over—what matters is the now irredeemable position the Church has been placed in.

Cardinal Timothy Dolan—“Cardinal Bravo”—who has perhaps more than any other prelate contributed to the idea that the Church embraces homosexuality—echoed all these same thoughts when he said, “Calm down; it’s just a working document; nothing’s changing.”

It already has changed. Can’t these people see this? Too late. This is why Cardinal Burke has gone on public record and said the Pope himself must clarify this mess and make very clear very loudly that no Church teaching has changed.

How did this happen? Who was responsible? Even if there was no plan, whoever was involved in this should be fired and dragged through the streets for their sheer idiocy. Imagine putting a “working document” into the hands of secular journalists that says the Church should “value” the homosexual orientation, that homosexuals as homosexuals bring certain gifts and qualities to the Church, and that the Church should look for the good in their sin. What could possibly go wrong?

And to top it all off, the Church of Nice crowd on the blogs—you know, the reasonable, well-measured, serene ones, and the ones wearing Cardinal’s robes—have completely missed the second point.

What prelate of the Church actually brings up these kinds of topics for discussion in the first place? They are settled doctrine. Homosexuality is intrinsically disordered and homosexual acts are objectively evil. Period. How is the Church ever helped by sin?

Same question is asked about committing sacrilege with the Eucharist by distributing OurLord’s Body and Blood to those unworthy. And before the Church of Nice asks the pointless question “Well, who is worthy?” St. Paul gives the answer in his letter to the Corinthians.

Cardinal Burke perhaps summed up this whole mess best of all: It’s UN-Catholic, he said, UN-Catholic—and that’s why Catholics who defend it, or blow it off, or downplay it don’t understand the real stakes here.

Stay tuned for our continuing reports from the Synod on the Family and the increasing fall-out.

Reporting to you from The Vatican just outside St. Peter’s Square, this is Michael Voris for Church Militant.TV News. GOD LOVE YOU.

Several will abandon the faith, and a great number of priests and members of religious orders will break away from the true religion; among these people there will even be bishops. Our Lady of La Salette 19 Sept. 1846 (Published by Mélanie 1879)