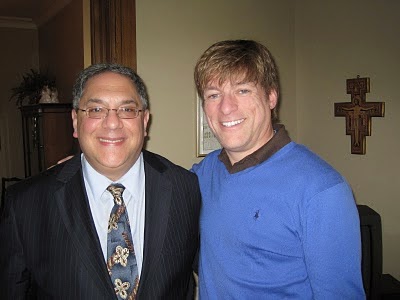 Do Catholic blogging laymen have any authority to rid the Church of Homo's?

They can only blog.

A respected priest and theologian accused of molesting a boy more than 30 years ago has killed himself at his home in Texas. Father Virgilio Elizondo, 80, a Roman Catholic priest and professor at the University of Notre Dame, was found dead inside his San Antonio home on Monday at around 2.05pm, police said. Elizondo died after suffering a single self-inflicted gunshot wound to the head and his cause of death has been listed as suicide, the Bexar County Medical Examiner confirmed to Dailymail.com.

However a priest can read the uncharitable comments on the blogs of these keyboard warriors and get in a state that leads to suicide.

Did Father Virgilio Elizondo read the blogs of Vox & Voris and lose all hope of salvation?

Did Father Virgilio Elizondo commit suicide because of the attacks made by laymen Vox & Gary?

Looks like Gary & Vox have that intent in mind - making Sodomite Priest to give up all hope & kill themselves:

Hey Sodomy is a horrible sin, but still can be forgiven, Gary & Vox treat sodomy as an unforgivable sin to be dealt with only by suicide.

Gary & Vox will take this too far.