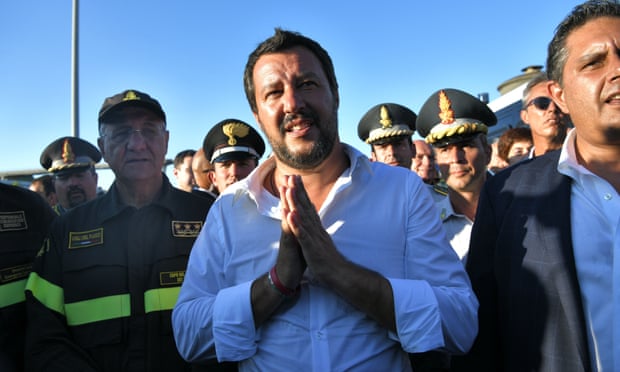 The populists setting the agenda in Italy’s coalition government seized on the collapse of a bridge in northern Italy to question whether they should respect European Union budget constraints. Deputy Premier Matteo Salvini of the euroskeptic League led the way, telling reporters in Catania, Sicily, that the failure of a roughly 50-year-old suspension bridge in Genoa shows how important it is to increase investment spending. He hinted that EU spending limits could put lives at risk. “If external constraints prevent us from spending to have safe roads and schools, then it really calls into question whether it makes sense to follow these rules,” said Salvini, who heads the euroskeptic League. “There can be no tradeoff between fiscal rules and the safety of Italians.” Source