Forerunner To The Antichrist Salvini: 'SHAME On You France!' 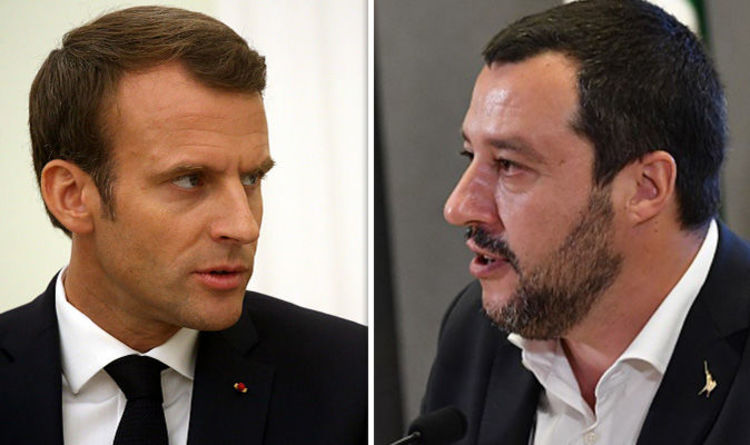 'SHAME on you France!' Salvini attacks Macron in migrant row as Albania comes to rescue

MATTEO Salvini launched a scathing attack against Emmanuel Macron claiming the French President should be "ashamed" for turning his back on Italy whilst Albania announced it will open its doors to some of the migrants landing on Italian shore The Italian Interior Minister thanked the Albanian Government as the non-European Union country agreed to accept 20 of the 190 migrants who docked in Catania, Sicily, last week. Speaking at a League party reception in the Italian northern town of Pinzolo, Mr Salvini argued the Albanian Government demonstrated to be "better" than the French one. Ireland was the only EU member state to have agreed to welcome some of the migrants despite Emmanuel Macron's promises to Italy to share the burden of asylum seekers. Source