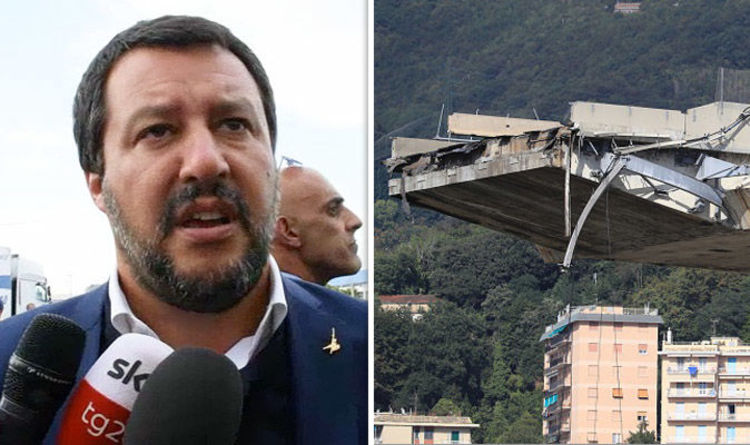 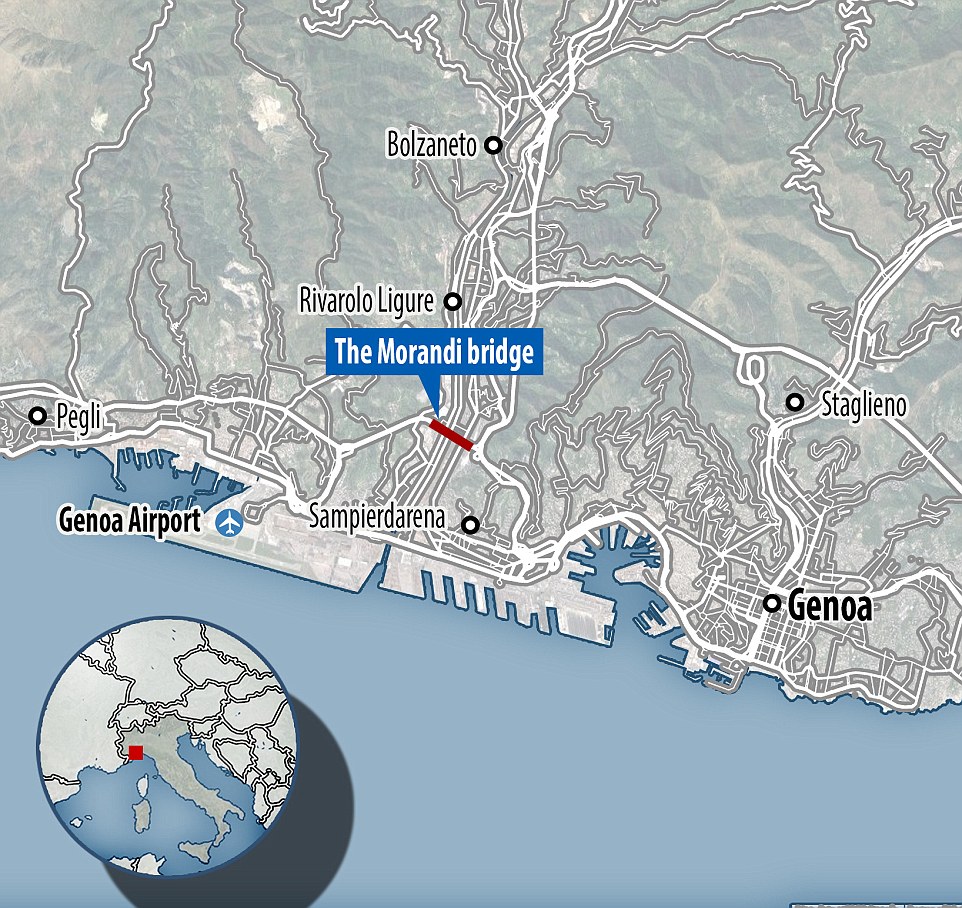 At least 35 people have been killed 'including a baby' and dozens more are feared dead after a huge 260ft section of a highway bridge collapsed during a fierce storm in the Italian city of Genoa.  Cars fell hundreds of feet along with tonnes of twisted steel and concrete debris into a river, railroad tracks and an industrial zone below when the Morandi bridge gave way at 11.30am local time.  The disaster shocked the world but many locals feared the 50-year-old bridge would collapse for years and held their breath every time they crossed the vital arterial road. 'The state of the bridge always concerned us. Nobody has ever crossed that bridge with a light heart,' Genoa resident Elizabeth told the BBC.  'Everybody has always done it praying that the bridge wouldn't fall down. Today that happened.'  Officials fear 'dozens' are dead in what is being described as 'an immense tragedy.' There are reports that a baby is among the victims and that two people died in their homes when the giant structure collapsed.  Amid 'apocalyptic' scenes, up to 35 cars and three heavy trucks cascaded into the valley below as they were making their way over the bridge.  One witness said he saw the 50-year-old structure 'wobbling' minutes before it gave way as dramatic footage showed it being struck by lightning seconds before it crumbled.  Source 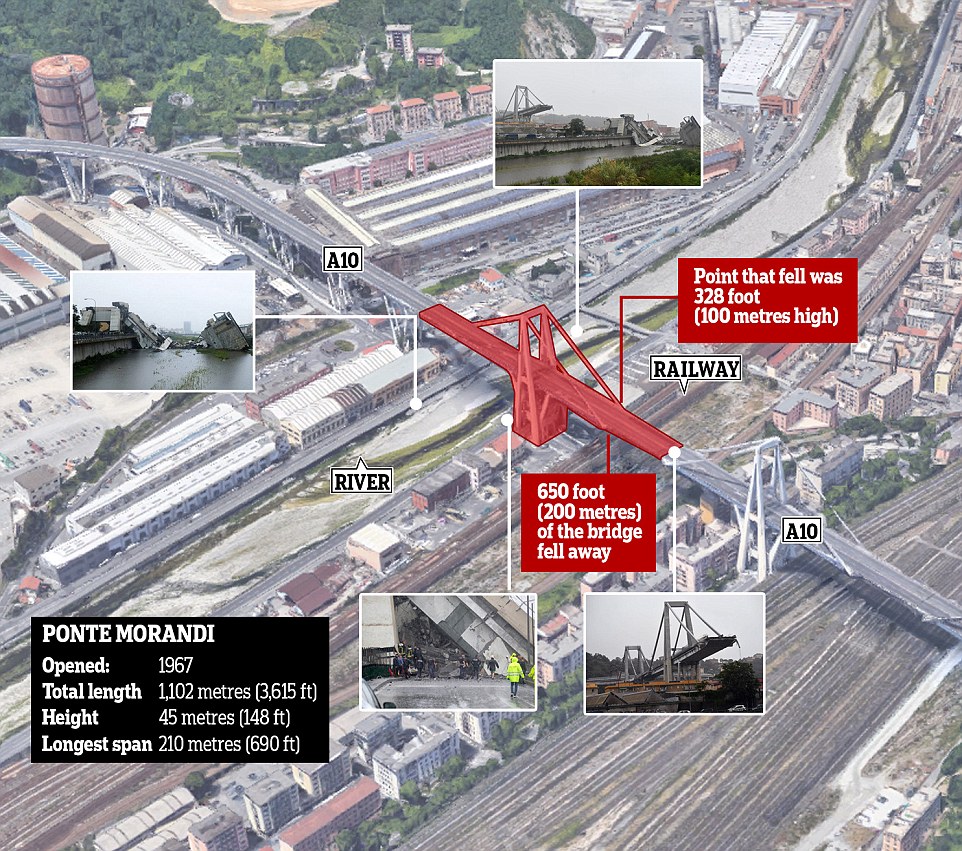 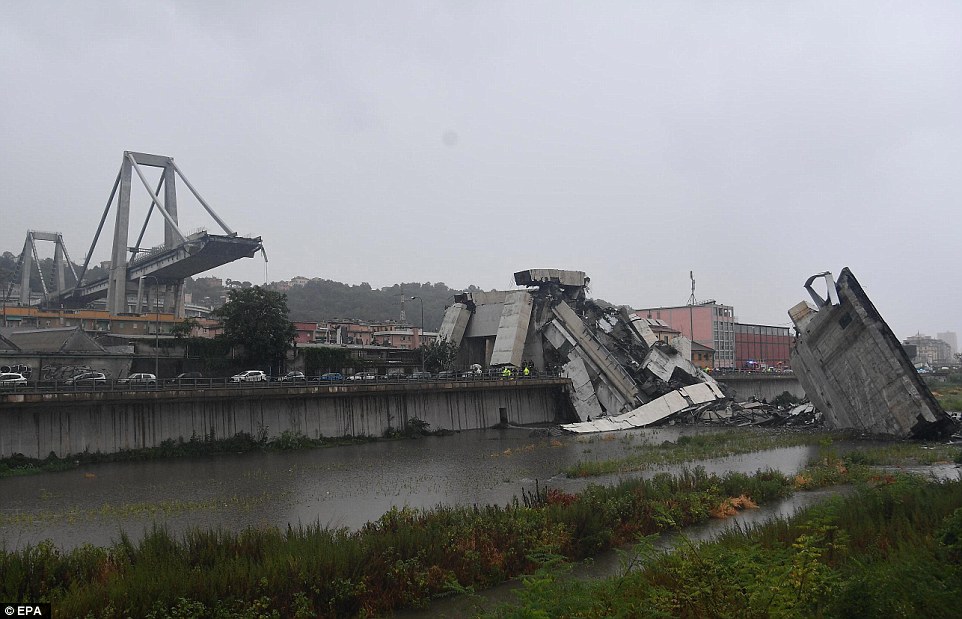 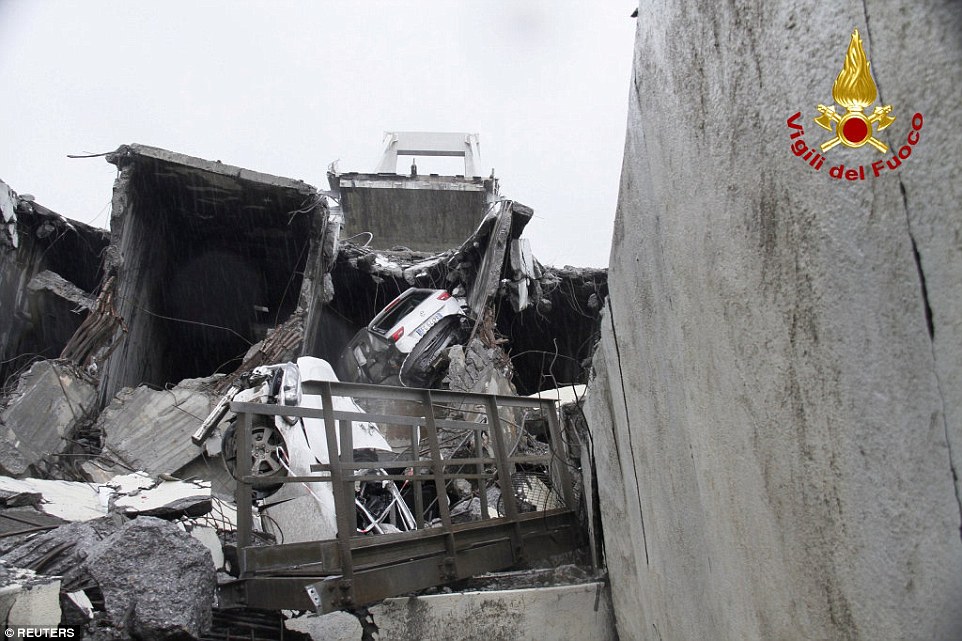 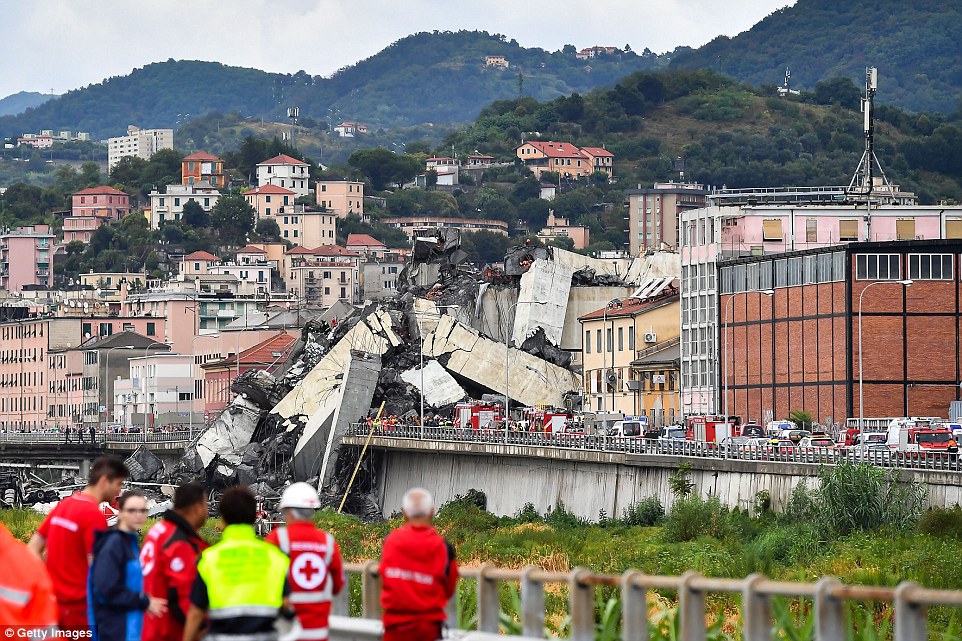 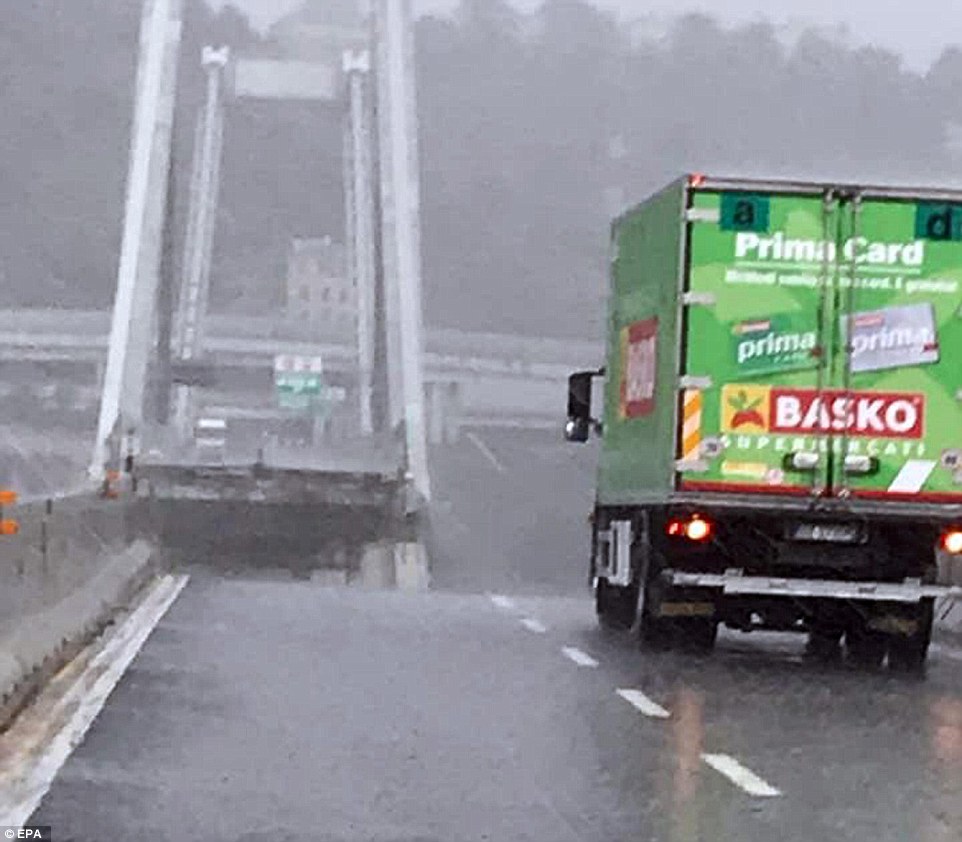