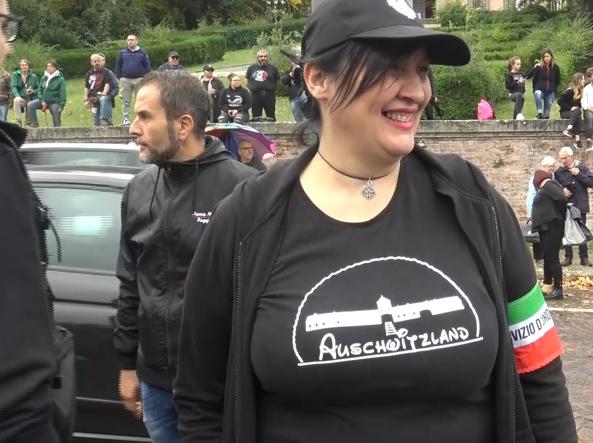 ROME – An Italian far-right activist sparked outrage by wearing a T-shirt with a cartoon-like logo reading “Auschwitzland” at a rally in fascist dictator Benito Mussolini’s hometown.

Selene Ticchi wore the T-shirt to a rally Sunday in the northeast town of Predappio. Media described her as an activist with the neo-fascist Forza Nuova movement and an organizer of the rally. Mussolini was born in Predappio and is buried there, and his tomb is a pilgrimage site for right-wing supporters.

The rally is an annual event marking the anniversary of the “March on Rome,” an organized mass demonstration that led to Mussolini and his National Fascist Party taking power in October 1922.

Photos of Ticchi wearing the T-shirt went viral, triggering online protest in a country where “apology for fascism” is banned. Source

Forerunner To The Antichrist Alexander Tschugguel Demands The Abolishing Of Public Masses..