POPE Viganò The Two Faced Napoleon Calls The Forerunner To The Antichrist Alexander Tschugguel - A HERO!


“May the curate of my Son, Pope Pius IX never leave Rome again after 1859; may he, however, be steadfast and noble, may he fight with the weapons of faith and love. I will be at his side. May he be on his guard against Napoleon: he is two-faced, and when he wishes to make himself Pope as well as Emperor, God will soon draw back from him. He is the master-mind who, always wanting to ascend further, will fall on the sword he wished to use to force his people to be raised up. Our Lady of La Salette 19 Sept. 1846 (Published by Mélanie 1879)

Archbishop Viganò: “He is a hero” “Like many others, including Bishop Athanasius Schneider and Prof. Roberto de Mattei, I think that this young man is a hero,” Archbishop Carlo Maria Viganò said to me today. “He is a person who wished to defend the 1st Commandment.”  For his part, Archbishop Viganò is persuaded that the young man’s act was the meditated act of a well-formed conscience.  “This young man acted out of his Catholic conscience,” Viganò said.  “He came to Rome, visited the Church of St. Mary in Traspontina, and saw what was in the church,” Viganò continued. “He was deeply concerned. But he did not act immediately. He went back to his home in Vienna and prayed and reflected for several days. Then he decided it was his duty to act. And now he has had the courage to reveal his name and to give interviews. I praise the great faith of this young man.”  “And a beacon for Austria” “What this young Austrian Catholic did can be a beacon to Cardinal (Christoph) Schoenborn [Editor’s note: the archbishop of Vienna, Austria, age 74],” Viganò added. Source

Here's the scenario on how Viganò becomes Pope :
Here is how Alexander Tschugguel will earn the title of Forerunner to the Antichrist by murdering the Fatima Pope: 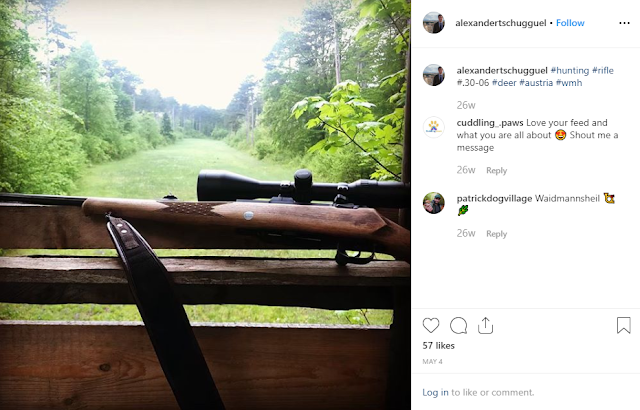 Dante had a vision of the Fatima Pope and the forerunner to the Antichrist that will one day murder the Fatima Pope - it's found in the above lines of canto xxxiii inferno.
If you know the mind of Dante better than I do then you need to correct me.

Our Lady Of La Salette on the Forerunner to the Antichrist:

Or Lady of Fatima on the Murder of the Fatima Pope and faithful: