Is RAD TRAD SODOMITE Milo Yiannopoulos Behind Alexander Tschugguel Who Threw the Pachamama Idols into the Tiber? 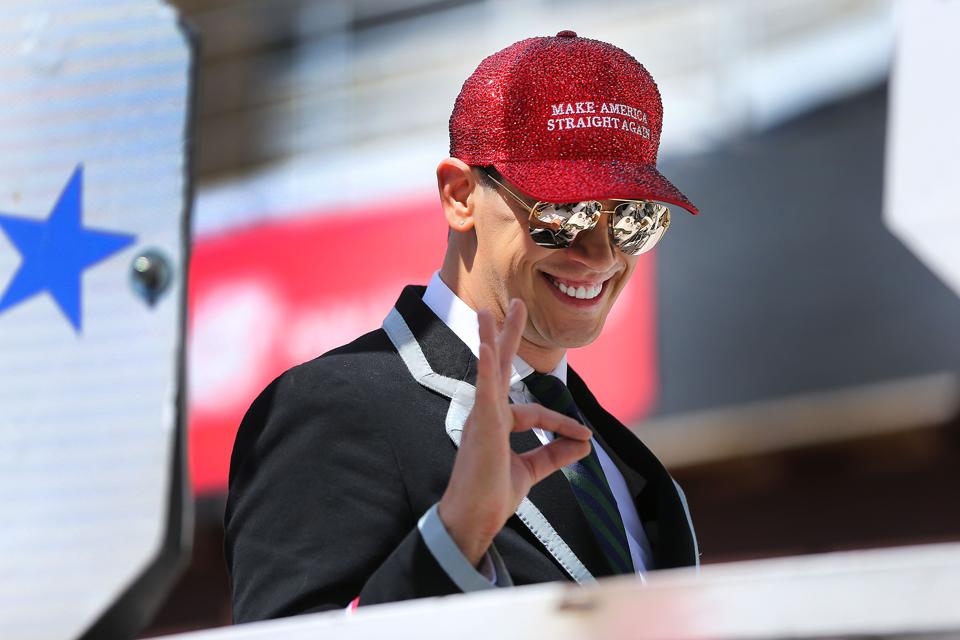 Pope Francis and indigenous people took part in tree-planting ceremony Oct. 4 in the Vatican Gardens on the feast of St. Francis of Assisi.

This is day when the RAD TRAD blogging community became enraged and demanded that someone remove Pacha Mama Idol from the Church. I'll just use Dr Taylor Marshall video from 6 October.

We all know that Milo Yiannopoulos is the darling of the RAD TRAD community but since he is a Sodomite its hard for Milo to make headway in the RAD TRAD Camp - its hard to separate their money from them.

We also that Milo Yiannopoulos pays attention to the RAD TRAD Blogosphere.

So if anyone was paying attention to the RAD TRAD Blogosphere during the Pacha Mama scandal like Milo was, then you would know that RAD TRAD Bloggers were demanding that someone would remove or destroy the Pacha Mama Idol. ALL were calling for its destruction. 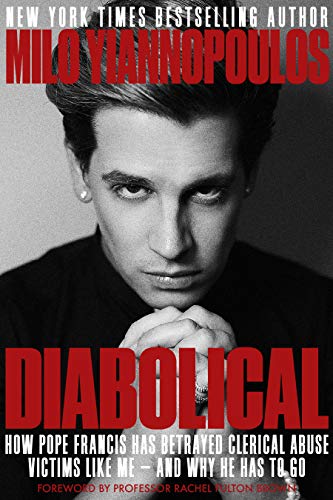 Dangerous.com, a promotional website launched by Milo Yiannopoulos a few years ago, abruptly went offline over the weekend, a further indication of the reported financial woes of conservative provocateur.  A notice on the site says the site has been sold and is no longer "associated with its former owner." When reached by email for comment, the 34-year-old "declined to respond" to any questions. Yiannopoulos was Editor-At-Large at Dangerous.com, which featured work from other writers along with merchandise and funding appeals to his supporters.  Yiannopoulos has repeatedly complained about being "de-platformed," getting banned from the major social media platforms — Facebook, Instagram, and Twitter — for violating rules against harassment and hate speech. He has found a home on the Telegram App, which, as Vice News noted recently, has become the favorite social media platform of extremists.  Yiannopoulos has more than 19,000 followers on Telegram, a fraction of the 700,000 or so followers that he had on Twitter and Instagram. He has fumed about his dwindling audience for months and has claimed to be millions of dollars in debt. According to The Daily Dot, Yiannopoulos recently described Telegraph as a "wasteland."  Source

So far we have:

The idols are thrown into the Tiber River

RAD TRAD Blogosphere has declared the young virile manly man who threw the Idol into the Tiber a Prince! a new Charlemagne! a new Constantine! why he is the greatest Catholic that ever walked on the face of the earth!

It was all very sickening to see the reactions of the Rad Trad Community.

Now watch the money role in!

Alexander Tschugguel  built a Rad Trad Website demanding that you pay him for his insights.

Alexander Tschugguel  took a tour of the US and gave several speaches and rasie a lot of money.

After his US tour he paid a visit to England the home of Milo Yiannopoulos.

Look everyone knows Milo Yiannopoulos is a practicing Sodomite so he will never get very far into the pocket books of the Rad Trad Community - his influence will be minimal.

However if Milo Yiannopoulos is pulling string behind the scene then its a lot easier to influence the Rad Trad community.

I still believe that Alexander Tschugguel is the forerunner to the Antichrist and it is possible that Milo Yiannopoulos is his false prophet.