Jordan Peterson Is The False Prophet To The Forerunner To The Antichrist Alexander Tschugguel? 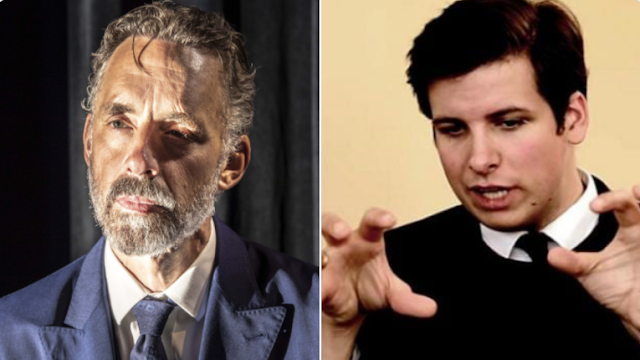 False Prophet & Forerunner To The Antichrist
A forerunner of the Antichrist, with his troops gathered from several nations, will fight against the true Christ, the only Saviour of the world. He will shed much blood and will want to annihilate the worship of God to make himself be looked upon as a God. Our Lady of La Salette 19 Sept. 1846 (Published by Mélanie 1879)
The Canadian psychology professor Jordan Peterson has been described as “the most influential public intellectual in the Western world.” Source
The most influential?
Wouldn't you want that in a False Prophet?
Granted the old man is sick and maybe near death.
But he still influences many Rad Trads.

What to look for?
Besides his trips to Serbia
Peterson hooks up with Alexander Tschugguel.......