A forerunner of the Antichrist, with his troops gathered from several nations, will fight against the true Christ, the only Saviour of the world. He will shed much blood and will want to annihilate the worship of God to make himself be looked upon as a God. Our Lady of La Salette 19 Sept. 1846 (Published by Mélanie 1879)
Further confirmation that AT is the forerunner to the Antichrist...
Riots in Rome: Far-right protestors clash with police in Italian capital during second night of demonstrations against coronavirus restrictions
Far right protestors have clashed with police in Rome in what is the second night of demonstrations against coronavirus restrictions in Italy. Violence once again erupted as huge crowds of activists descended on the city this evening, with footage showing flares being thrown and fireworks being let off as police armed with riot shields tried to stand their ground. The scenes in the capital mirrored those seen in Naples on Friday night, where hundreds of people took to the streets to oppose tougher measures being imposed to curb the spread of the virus.COVID-19 cases across Italy have risen seven-fold since the start of the month, and the nation reported 19,644 new infections on Saturday. The Government is now considering further restrictions including early closures of bars and restaurants to contain a resurgence of the pandemic. Prime Minister Giuseppe Conte has said he wants to avoid a repeat of the blanket lockdown earlier in the year. But a number of regions have imposed overnight curfews and the central government is expected to announce more measures soon. Conte pledged on Saturday to speed up help for businesses suffering in the crisis but said the weeks ahead would be very complex. 'We cannot lower our guard,' he added. Source 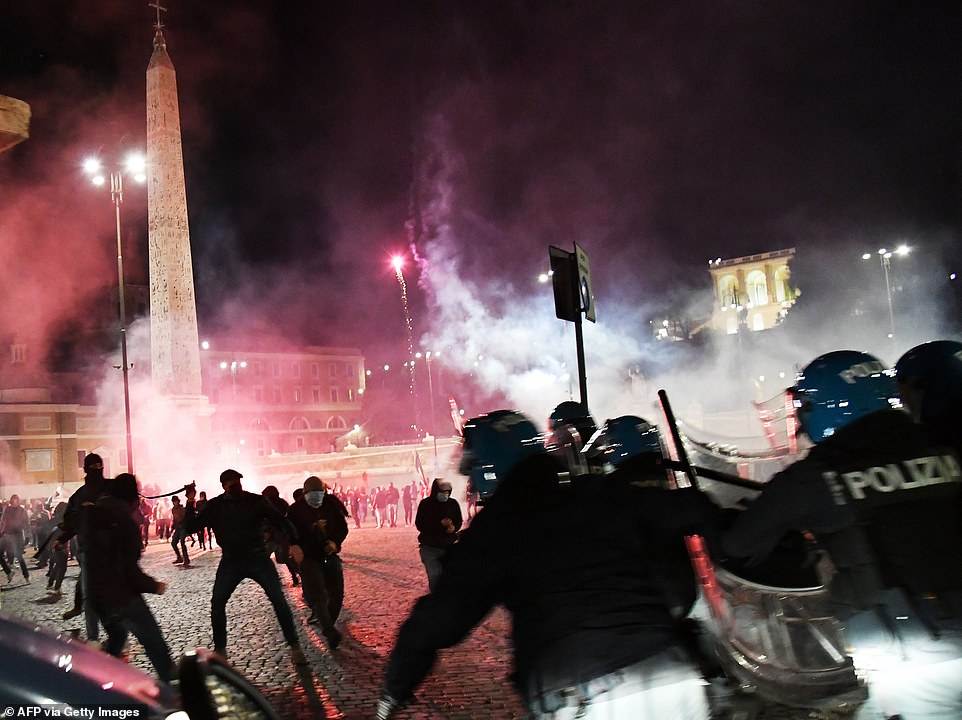