One Year Ago Alexander Tschugguel The Forerunner To The Antichrist Manifested Himself To The World With The Release Of The Video Of Throwing The Pachamama Idol Into The Tiber On 21 October 2019.... 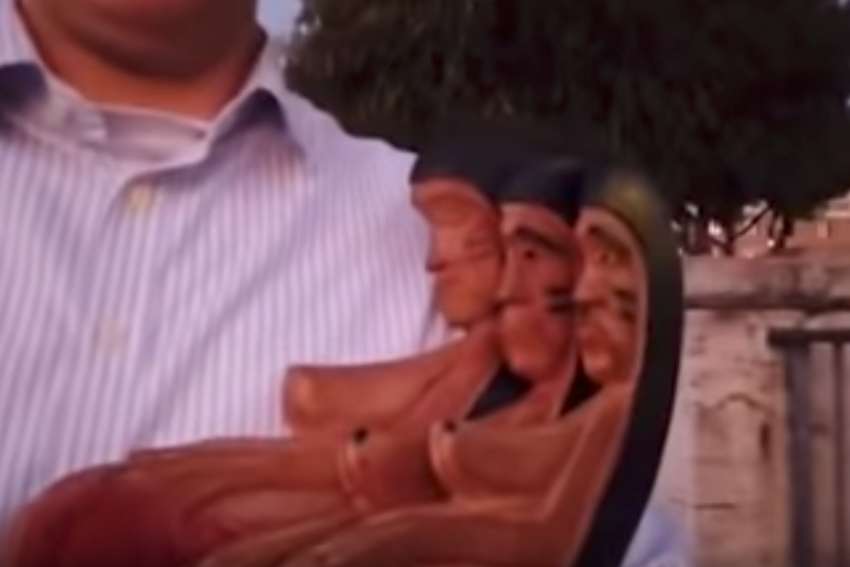 The original video of Tschugguel throwing the Pachamama idol into the Tiber was released on October 21st, 2019.....
Well Happy Anniversary...you forerunner to the Antichrist....
Alexander is the forerunner to the Antichrist..
A forerunner of the Antichrist, with his troops gathered from several nations, will fight against the true Christ, the only Saviour of the world. He will shed much blood and will want to annihilate the worship of God to make himself be looked upon as a God. Our Lady of La Salette 19 Sept. 1846 (Published by Mélanie 1879)

FOUR HEADS OF ANTICHRIST DOCTRINE
1. The Antichrist shall deny that Jesus is Christ, and for that cause shall impugn all the ordinances of Our Savior, as Baptism, Confirmation, & c. and shall teach that Circumcision is not yet ceases , nor the Sabbath, and the other ceremonies of the Law. I.Joan.2. Who is a liar, but he that denieth Jesus to be Christ? And this is Antichrist, who denieth the Father and the Son?
2. Afterward when he hath persuaded that Our Saviour is not the true Christ, then he will affirm, that he himself is the true Christ, promised in the Law, and the Prophets. Joan.5. If any come in his own name, him you will receive. viz. for the Messias.
3. He will affirm that he is God, and will be worshiped for God.2. Thess.2. so that he sit in the Temple of God, showing himself as though he were God.
4. He will not only say that he is God, but also that he is the only God, and he will impugn all other Gods, that is, as well the true God, as also the false Gods, and all Idols, 2 Thess.2. Who extolleth himself above all that is called God, or that is worshiped as God. And Dan.11. And he will not repute the God of his Fathers, nor care for any o the Gods. because he will rise against all.
The Forerunner to the Antichrist Alexander Tschugguel will ape as much as possible the actual Antichrist.
Looks like Alexander Tschugguel's first Public act was to destroy Pagan idols...