Dr. Taylor Marshall Asks Why Are Millions Of Texans Without Power? Because Alexander Tschugguel The Forerunner To The Antichrist Visited Texas One Year Ago.......

Texas Freeze?
Brought To You By Dr. Taylor Marshall

And we saw in an immense light that is God: ‘something similar to how people appear in a mirror when they pass in front of it' a Bishop dressed in White ‘we had the impression that it was the Holy Father'. Other Bishops, Priests, men and women Religious going up a steep mountain, at the top of which there was a big Cross of rough-hewn trunks as of a cork-tree with the bark; before reaching there the Holy Father passed through a big city half in ruins and half trembling with halting step, afflicted with pain and sorrow, he prayed for the souls of the corpses he met on his way; having reached the top of the mountain, on his knees at the foot of the big Cross he was killed by a group of soldiers who fired bullets and arrows at him, and in the same way there died one after another the other Bishops, Priests, men and women Religious, and various lay people of different ranks and positions. Beneath the two arms of the Cross there were two Angels each with a crystal aspersorium in his hand, in which they gathered up the blood of the Martyrs and with it sprinkled the souls that were making their way to God. Our Lady of Fatima Tuy-3-1-1944

Why Are Millions Of Texans Without Power? 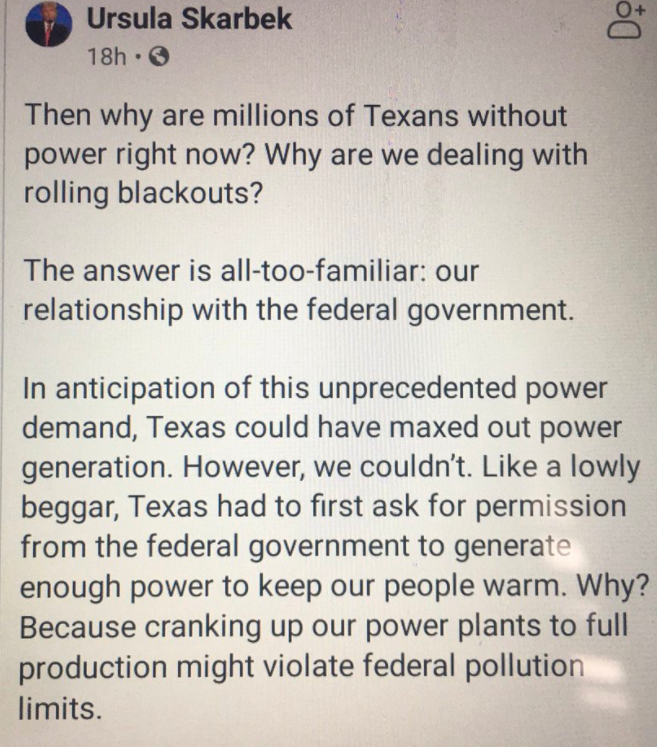 Blame the Forerunner to the Antichrist....

Alexander Tschugguel paid a visit to America one year ago and all hell broke lose....

How many Rad Trad influencers will blame the latest weather doom on a dumb piece of wood - Pachamama?

Probably all of them!

Rad Trad influencers love to blame a dumb piece of wood for causing all the doom events that took place since October 2019.

Well, no. A piece of dumb wood is not the cause of all the doom.

A piece of dumb wood did not visit America

The Forerunner to the Antichrist visited America

A piece of dumb wood did not make a video 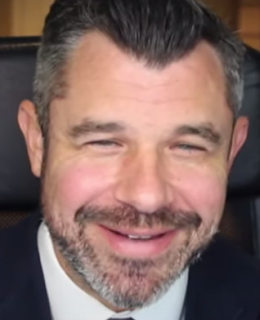 False Prophet To The Forerunner Of The Antichrist
Dr. Taylor Marshall
The story of how Marshall helped to manifest to the world the forerunner to the Antichrist Baron von Tschugguel and his victory tour of the US
From VanityFair:
Tschugguel, who was a seasoned conservative activist in Austria—having helped organize antiabortion marches, anti-LGBTQ+ campaigns, and a now defunct far-right political party—attended both events. There he met Taylor Marshall, a former Episcopal priest from Texas who has become one of the internet’s most pugilistic “rad trad” Catholics. Marshall spars with church bishops on Twitter and hosts a YouTube show that’s recently cracked the top 50 Christian podcasts, and authored the 2019 book Infiltration: The Plot to Destroy the Church From Within.
Over dinner one night, Marshall and Tschugguel hatched a plot to rebuke the synod, mulling first whether to rip out the Vatican’s new tree—a nod to St. Boniface, a medieval monk who chopped down an oak held sacred by Germanic pagans—before settling on the statues, which had conveniently been moved outside Vatican City and into the Roman church as part of a cultural exhibit. Both men flew back to their home countries, and Marshall wired Tschugguel money to cover a return trip near the synod’s close. After the heist it would be Marshall who’d edit the video before Tschugguel posted it anonymously.
“The Pachamama Slayer” became an instant “rad trad” icon, compared to Jesus driving money changers from the temple and the Maccabees. In a celebratory LifeSiteNews video, one interviewee suggested the thief might be a modern-day saint. Gleeful hashtags like #Splashamama popped up alongside racist memes of a Photoshopped Pachamama speaking pidgin English as she visited bad harvests on Catholics who used plastic straws.
After Tschugguel revealed himself two weeks later, he was invited on a U.S. victory tour, hosted by Marshall, LifeSiteNews, and affiliates of TFP. In the flurry of talks and interviews he gave, Tschugguel—tall, Teutonic, a little goofy—explained that the statues were an affront to the First Commandment: “Thou shalt have no other gods before me.” But also, he told some listeners, they represented the church’s plan to establish a syncretistic one-world religion on behalf of a one-world government that would extinguish national sovereignty, starting in countries like Brazil. If his audiences considered the claim a leap, it was hard to tell from their questions: Who were his favorite bishops? Could they meet his wife? He posed with Marshall at a Texas gun range, and announced the launch of his new nonprofit, the St. Boniface Institute—mission statement: “No to paganism in the Church! No to the globalist agenda in the Church! No to the ongoing destruction from within!” Donations accepted. Source 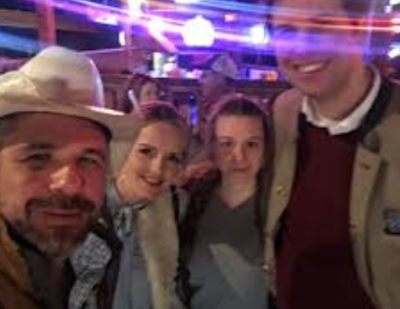 Texas Visit
2019
Here is the latest doom to hit America - Texas:
Historic winter storm batters nation's mid-section
The most unrelenting winter weather pattern in decades unleashed brutally unseasonable cold and record snowfall deep into Texas, sparked harrowing scenes on roadways across the middle of the country and left millions of customers without power over the weekend. The coast-to-coast weather system caused particular chaos across Texas, where rolling blackouts left people in the dark and without electricity amid teeth-chattering temperatures.
Heavily populated cities were in the throes of punishing cold on Monday morning. In Dallas, the thermometer read 7 degrees with an AccuWeather RealFeel® Temperature of -19. To the north in Oklahoma City, conditions were even more brutal with the mercury at -11 and an AccuWeather RealFeel® Temperature of -35.
Across the state of Texas, more than 4.3 million electricity customers were without power Monday night, while Louisiana had more than 110,000 outages and another 50,000 in Mississippi, according to PowerOutage.us.
Residents geared up for a frigid night without heat amid the sub-freezing temps and wintry precipitation. Source 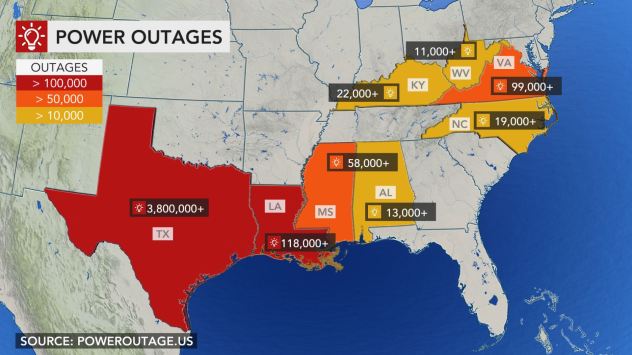 What to look for?
If Baron Alexander von Tschugguel continues on the same path of pretending to make himself a temporal leader of the Catholic laity then that will confirm that BAVT is indeed the forerunner to the Antichrist.
Because the forerunner to the Antichrist comes first.
The Great Monarch will not appear on the world stage until the end of the 35 years of Chastisements.
Simple.

“The great chastisement will come, because men will not be converted; yet it is only their conversion that can hinder these scourges. God will begin to strike men by inflicting lighter punishments in order to open their eyes; then He will stop, or may repeat His former warnings to give place for repentance. But sinners will not avail themselves of these opportunities; He will, in consequence, send more severe castigations, anxious to move sinners to repentance, but all in vain. Finally, the obduracy of sinners shall draw upon their heads the greatest and most terrible calamities. Mélanie
“We are all guilty! Penance is not done, and sin increases daily. Those who should come forward to do good are retained by fear. Evil is great. A moderate punishment serves only to irritate the spirits, because they view all things with human eyes. God could work a miracle to convert and change the aspect of the earth without chastisement. God will work a miracle; it will be a stroke of His mercy; but after the wicked shall have inebriated themselves with blood, the scourge shall arrive Mélanie