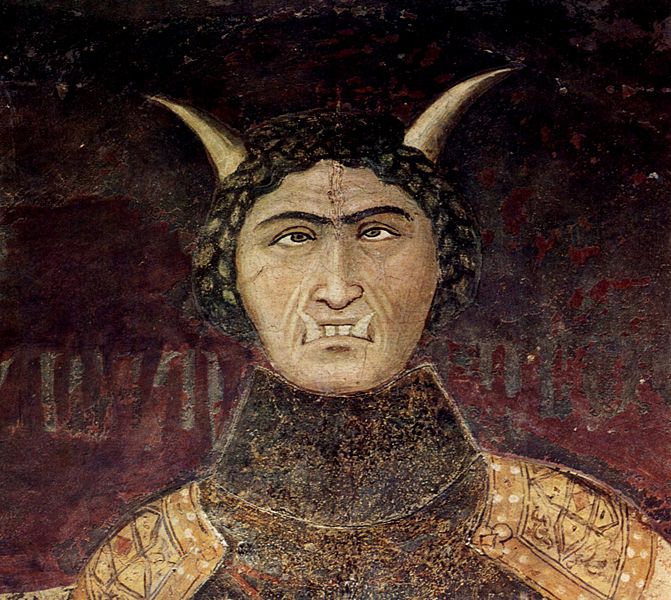 NOBODY expects the Spanish Inquisition! Our chief weapon is surprise...surprise and fear...fear and surprise....

NOBODY expects the Forerunner to the Antichrist! Our chief weapon is surprise...surprise and fear...fear and surprise....

What's the difference? Actual or forerunner?

Well the actual antichrist is identified by these thirty four points as written down by Roman Catholic Yves Dupont (1976):

Whereas the forerunner to the Antichrist is identified by only a few points as told to us by the Mother of God the Blessed Virgin Mary at La Salette in 1846:
The forerunner will follow in the footsteps of the actual antichrist to some extent but not entirely or completely.

There is one great crime committed that will help the faithful to identify the forerunner to the Antichrist and that is found in the words of the Mother of God the Blessed Virgin Mary at Fatima or better yet given as a vision to the three children at Fatima:

Bishop dressed in White 'we had the impression that it was the Holy Father'. Other Bishops, Priests, men and women Religious going up a steep mountain, at the top of which there was a big Cross of rough-hewn trunks as of a cork-tree with the bark; before reaching there the Holy Father passed through a big city half in ruins and half trembling with halting step, afflicted with pain and sorrow, he prayed for the souls of the corpses he met on his way; having reached the top of the mountain, on his knees at the foot of the big Cross he was killed by a group of soldiers who fired bullets and arrows at him, and in the same way there died one after another the other Bishops, Priests, men and women Religious, and various lay people of different ranks and positions. Beneath the two arms of the Cross there were two Angels each with a crystal aspersorium in his hand, in which they gathered up the blood of the Martyrs and with it sprinkled the souls that were making their way to God.

By this great crime we will be able to clearly identify the forerunner to the Antichrist.

As just punishment for the errors believed and taught by the majority of conservative Catholics and protestant evangelicals on the doctrine of the Antichrist many of these misguided fools will follow the forerunner to the Antichrist.

So this is the purpose of this blog: