If the Royal Family believes "secretly" in something then how does Mark Dice know it openly? Unless of course Mark Dice has some insight into the secret thoughts of the Royal Family. Dice of course doesn't have any such power to read the inner secret thoughts of the members of the Royal family - Dice just makes it up. Or maybe hell it self is playing with the imagination of Mr. Dice - I'm betting that his imagination has been messed with time and again by demons. As St. Thomas Aquinas:

Are you sure a graceless man steeped in original sin, is gonna get things right, on such an important topics, as the doctrine of the Antichrist?

Is Mark Dice even baptized?

Mark Dice also rambles on about how the protestant political philosophy the Divine Right of Kings has somehow been obliterated by the protestant US constitution and American revolutionary war. One protestant idea wars against another:

He calls the Divine right to rule as buffoonery. Yet Dice praises modern democracy as if it is from God

Claims that the Royal Baphomet baby boy can become the King of new world order! Didn't the new world order show its ugly face when all the world was a democracy? yeah.....pretty much ignores that bit of history.

Hey idiot Dice do you not know that Americans worship modern Democracy and its founding fathers? 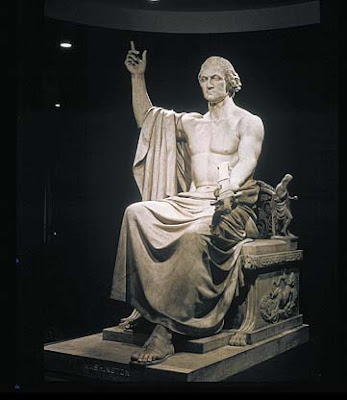 According to demonic Dice the King is not God but the President of the United States is God? Strange claim. But then again hell gave us modern democracy so it stands to reason that Dice would approve of his master's form of government. Dice finally claims that God Himself gave the American people the Bill of Rights, not the politicians!!

I missed that one - I'm pretty sure that the Blessed Trinity had nothing to do with a protestant political document the bill of rights.

One final observation - Dice will never utter the words Blessed Trinity - Dice does not believe in the Trinity.

If anything Mark Dice is the false prophet to the forerunner of the Antichrist. 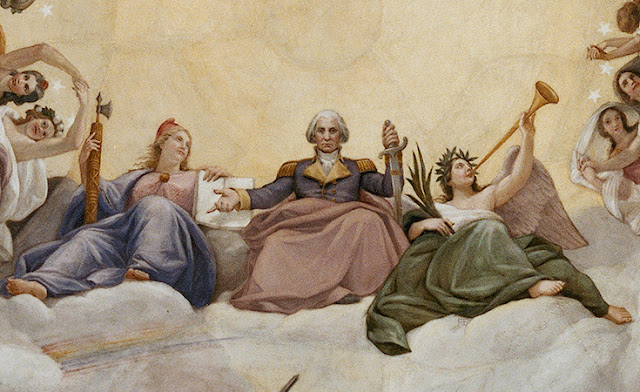 How Did Heretic Washington Make Into Heaven?