Official Policy Of Michael Voris & Church Militant.Com: THE CONSECRATION OF RUSSIA TO THE IMMACULATE HEART OF MARY HAS BEEN DONE! 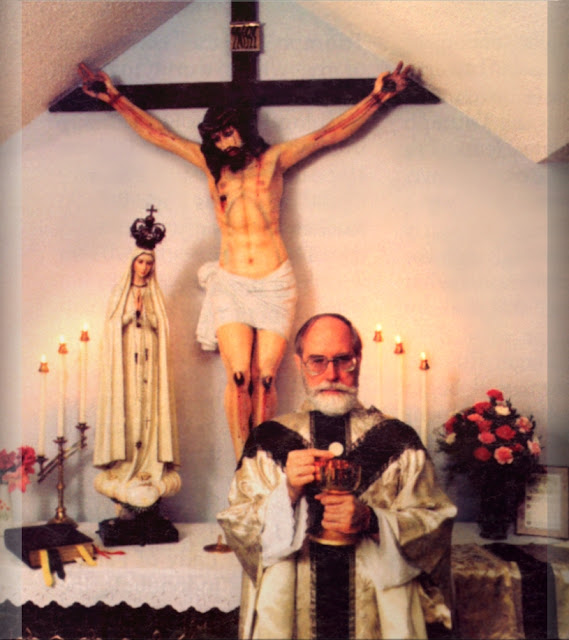 Latest comment from the camp of the forerunner to the Antichrist Gary Voris on whether or not the Consecration to the Immaculate Heart of Mary has been done is found in the comments on the post titled Persecution: A Blessing in Disguise? by Michael Lofton August 12, 2015.

There answer from the Church_Militant_Moderator is YES! The Consecration to the Immaculate of Mary has been done!

This is further evidence that Gary Voris and crew are heretics and Gary is the forerunner to the Antichrist: Along with Voris' defense of wicked Pope Francis, Voris' persecution of the SSPX and those laity who attend the SSPX masses we can know add that Voris believes that the Consecration to the Immaculate Heart of Mary has been done!

Persecution: A Blessing in Disguise?

Church_Militant_Moderator:
EWTN gives a good response to this general question "Has Russia been consecrated to the Immaculate Heart of Mary" https://www.ewtn.com/expert/an... A good historical dateline is provided there.

Specifically, the Church has said that the consecration has been done and Sister Lucy appears to have confirmed this or, at least, said the consecration done has been "accepted" by Heaven. Therefore, to continue to "advocate" contrary to what the Church says in this regard is to sow division and distrust of the Church and, in effect, place Mary in opposition to the Vicar(s) of Christ.

It is inconceivable that Our Lady would ask that Catholics listen to her and judge the popes and bishops as disobedient liars for not having obeyed her, but this is the practical effect of individuals and movements organized around "The Church has not obeyed Our Lady and is lying to us that they have."

Think about it. Would Our Lady place herself above the Vicar of Christ and expect Catholics to obey her and ignore the Church? Even if it is true that popes and bishops have "disobeyed" the direct request of Our Lady (and I propose this for the sake of argument only) there is no way that Our Lady would encourage people, practically, to separate themselves from "submission to the Roman Pontiff" (part of the canonical definition of schism) and to submit to her instead. If one starts to follow Our Lady as "pope in practice," then we cease to follow the visible Church and the Vicar of Christ and create a kind of "Marian Catholic Church" in opposition to the visible "Roman Catholic Church."

The Church says the consecration has been done. Sister Lucy confirmed that it has been done. Those who say it has not are already or well on their way into the dark land of schism. It is inconceivable to us that Our Lady would smile on those who have organized their lives and apostolates around "The Church has not obeyed Our Lady and is lying to us. Listen to Our Lady and ignore the Church." Church_Militant_Moderator