A Treatise Of Antichrist: The Disputation Of Antichrist Is Propounded, And The First Argument From The Name It Self Discussed - M. Downams Answer Confuted II 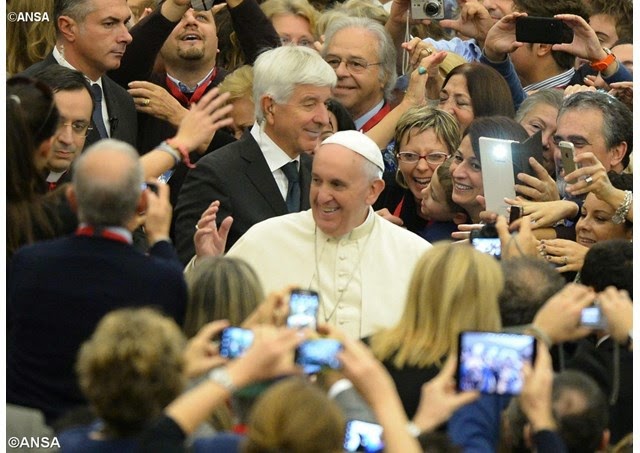 Pope urges doctors to witness to sanctity of life>>>>>>>>

Now whereas he affirmeth, that the conceits of the alder Papists who lived in the days of our forefathers, concerning Antichrist, were mere dotage, he only sayth it, and thereby discovered his spiteful spirit, which provoke him to rail without reason, and to slander against all truth.

For the Catholics of former days, held the very same, that we do now, though they explicated not themselves so fully, as Bellarmine and others do now.

In which respect only these may in some sort be truly called the reformers of Popery, that is, the explicates and conformers of Catholic doctrine against heretics.

But the reason of this difference betwixt the elder and the later writers is evident, for in their days Heretics were not so impudent as to urge so palpable and gross errors, as they are in our time: for otherwise, Bellarmine sufficiently declareth the antiquity of his doctrine, by proving whatsoever he sayth by the authority of the ancient Fathers.

Now whether many have contributed to Bellarmines books, or no, it is little to the purpose, though the truth is, as those know that are best acquainted with his studies, that they are all his own labors.

And that this may not seem strange, M.Downam may easily inform himself, that divers other of his order, that lived in the same time, and some in the same place, have in diers kinds written as large volumes, as Bellarmine hath in this. Whereof Salmeron, Tolet, Valentia, Molina, Suarez, Vasquez, and others amy serve for example.

Well to come to the M.Downam seemeth to allow of Bellarmine method and division,since that he objected nothing against it, but cometh presently to his first argument.