A Treatise Of Antichrist: The Disputation Of Antichrist Is Propounded, And The First Argument From The Name It Self Discussed ~ By Michael Christopherson (Walpole) Priest 1613 Chapter I. Bk.i. 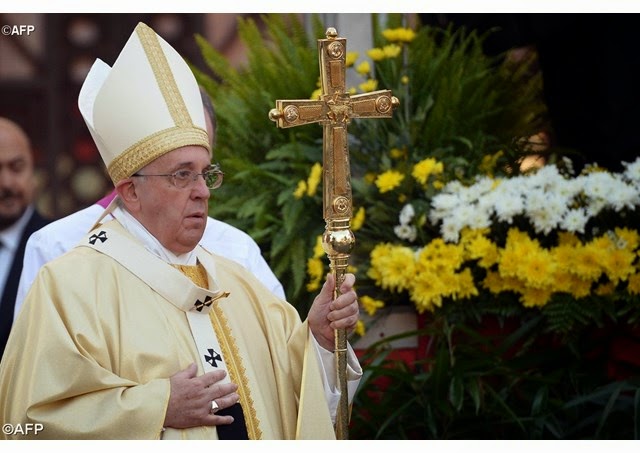 We have demonstrated hitherto (saith Bellarmine) that the Pope succedeth S. Peter in the chiefest Princedom of the whole Church.

It remaineth that we see, whether at any time the Pope hath fallen from this degree, for that our adversaries contend, that he is not at this time a true Bishop of Rome, whatsoever he was before.

And Nilus in the end of his book against the Primacy of the Bishop of Rome, speaketh thus: But let that be the sum and head of my speech, that while the Pope keepeth in the Church a convenient, heavenly, and of ancient time appointed order, while he holdeth and defendeth the heavenly truth, & while he cleaveth to Christ, the chief and true Lord and head of the Church, I will easily suffer him to be both the head of the Church, & the chiefest Priest, & the successor of Peter, or else if he will, of all the Apostles, that all obey him, and that whatsoever belongeth to his honour, be in nothing dimmished: but if he be departed from the truth, & will not return to it, he ought deservedly to be accounted of, as one that is condemned and rejected.