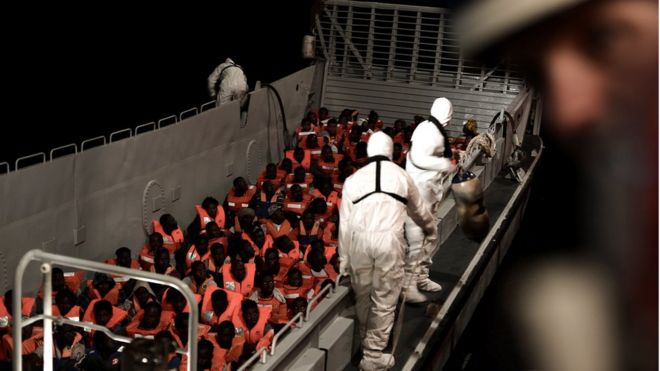 War with the Vatican begins.....

A rescue ship carrying 629 migrants is stranded in the Mediterranean after Italy's new interior minister refused permission for it to dock. Matteo Salvini, leader of the right-wing League party, promised during Italy's recent general election to take a tough stance against migration. He says Malta should accept the Aquarius, but it refused, arguing that it falls under Italy's jurisdiction. Italy is the main entry for migrants crossing from North Africa to Europe. German charity SOS Méditerranée says the ship has been instructed by the Italian Maritime Rescue Co-ordination Centre to stand by in its current position, 35 nautical miles (65km) from Italy and 27 nautical miles from Malta. It says the migrants, many of whom are children, were picked up in six different rescue operations off Libya's coast. Meanwhile, Mr Salvini says a second ship has rescued hundreds more migrants near Libya and is heading for Italy. "Italy has stopped bowing its head to obey, this time there are those who say NO," he tweeted in response. Source 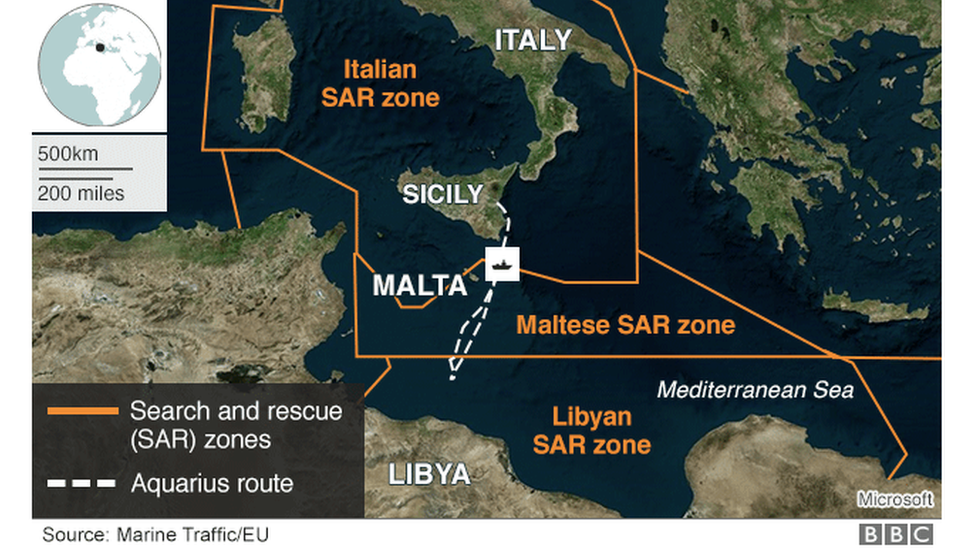