Italy's Salvini Protests After Christian Magazine Likens Him To Satan 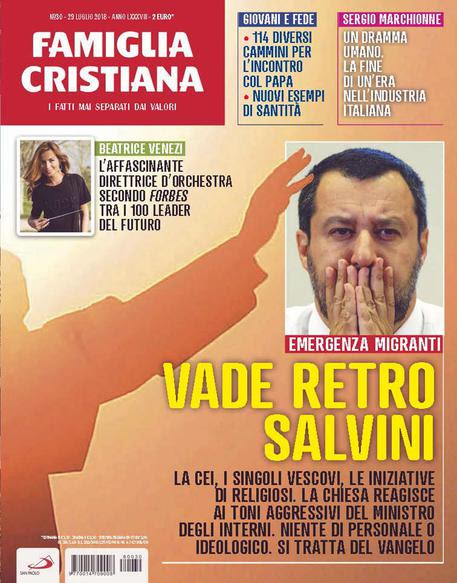 
ROME (Reuters) - Interior Minister Matteo Salvini has protested to Italy's leading Roman Catholic weekly, Famiglia Cristiana, after it compared him to Satan on its front cover because of his uncompromising stance over immigration. "Go Back Salvini", the influential magazine splashed on its cover, a clear reference to the medieval Catholic formula for the exorcism of a possessed person -- "Go Back Satan". "Nothing personal or ideological, it's just the gospel," the magazine wrote, going on to quote numerous Italian bishops highly critical of Salvini's move to block the arrival of immigrants from the country's ports. "They are comparing me to Satan? I don't deserve that," said Salvini, who is leader of the far-right League party and also serves as deputy prime minister in the new government. "I am comforted by the fact that I receive daily support from many women and men of the Church," he added in a post on Facebook. Source